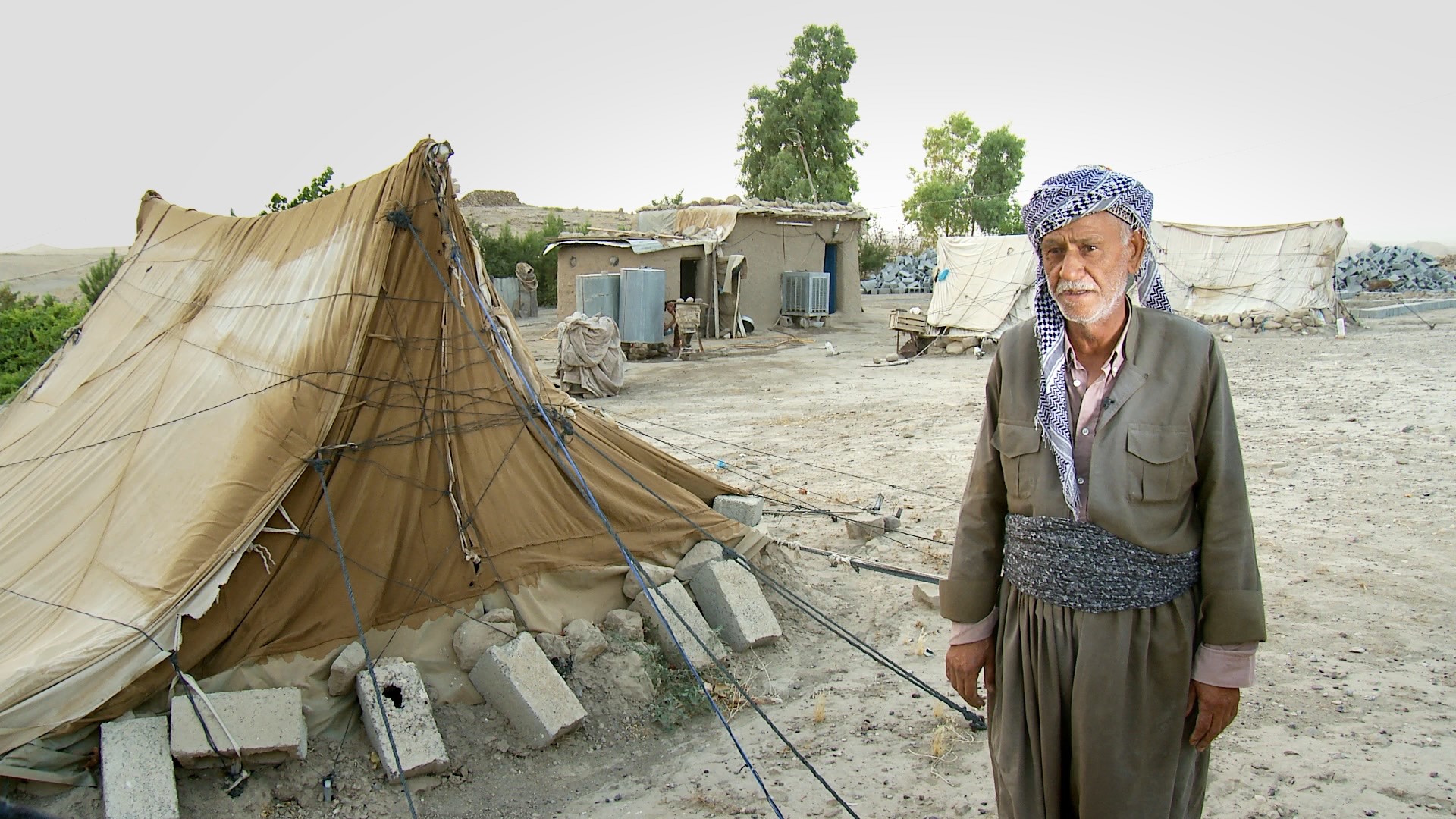 In 1963 Sadoun Reza Mahmoud was driven off his land in Chalistan village, which is 20km northwest of the oil-rich city of Kirkuk. Today he has no money to build a house and lives with his family in a tent.

His father, his grandfather and their forebears before them had farmed in Chalistan but his family were suddenly forced out of their home by Arab fighters, some from neighbouring villages. This militia were members of Iraq’s National Guard, acting on orders from the Ba’ath party.

‘The National Guard burned the area and looted us,’ says Sadoun. ‘They took our livestock, our tractors and our ploughs. They stole everything.’

‘They brought in Arabs who said,”It’s our land,” But it was my grandfather’s, and I have the black-coloured [ownership] document to prove it.’

The National Guard took our livestock, our tractors and our ploughs. They stole everything

The Ba’ath party had just come to power in an army coup. Their rule was brief but they managed to replace Kurdish villagers with Arab settlers in some areas near Kirkuk, which boasts some of the richest oil reserves in the world.

The Kurds’ original black-coloured ownership documents were cancelled by the Ba’ath, and fresh title deeds were issued to newly arriving Arabs.

Sadoun returned to Chalistan after Saddam’s defeat in the 2003 Iraq war and set about reclaiming his farm but his legal entitlement to it is still being challenged.

‘Now the Arabs keep saying it’s theirs, that the government has given it to them and registered their names,’ says Sadoun. ‘We’ve got it back but they are still trying to claim it.’

Chalistan is located in the disputed region of Dibs, near Kirkuk. The Iraqi government forcibly moved Kurdish communities from this region so that Arabs could take control of the oil-rich territory. Today Kurdish families are still trying to reclaim their land.