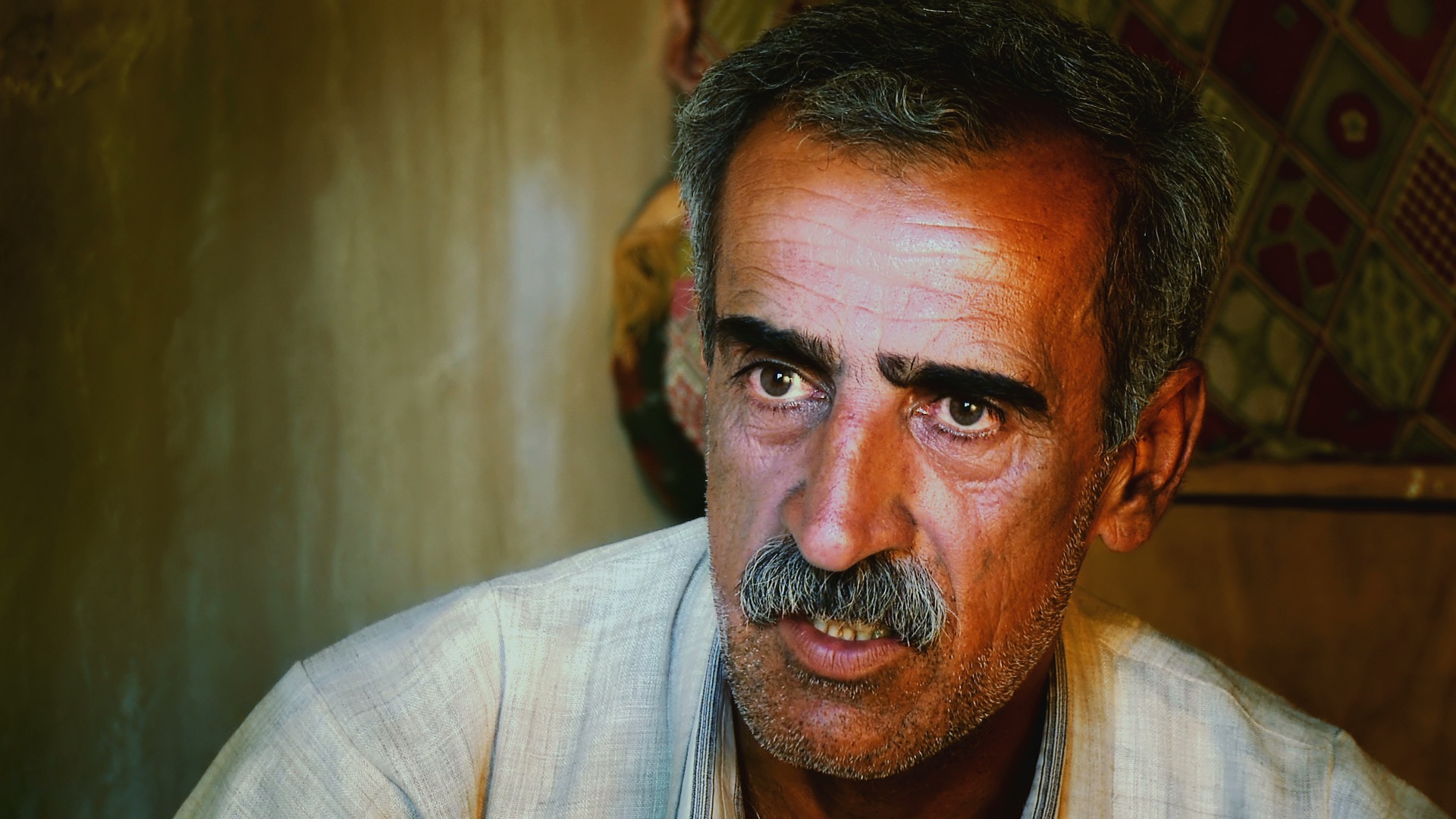 Since the 1960s, the village of Haladin had always had a special relationship with the Kurdish movement, providing sanctuary and support for Kurdish guerrilla fighters.

There had been benefits – the peshmerga valued education and helped set up a village school that promoted the idea of a free Kurdistan.

The villagers were extremely poor; Bayiz Raza Pirot remembers wearing his pyjamas to attend school in a mud house in the village. The pupils sat on the floor because there were no chairs.

In the early 1970s, when relations with the central government briefly improved, the school was provided with desks and rudimentary school equipment.

In revenge for the PUK’s alliance with Iran, an estimated 1,600 villages were destroyed as Saddam Hussein prepared a “final solution” to the Kurdish problem

The village children idealised the peshmerga and Bayiz joined up in the 1980s. His friends urged him to wait until he was a few years older but he insisted on becoming a partisan at the age of 14.

Haladin was just an hour’s walk away from the main PUK headquarters in the Jafati valley. All the villages in this area came under heavy pressure from the Iraqi regime after peace negotiations between the two sides broke down in 1985.

In revenge for the PUK’s new alliance with Iran, an estimated 1,600 villages in their areas were destroyed and thousands of Kurds killed as Saddam Hussein prepared his own ‘final solution’ to the Kurdish problem.

In 1987, as the Iraqi military stepped up its offensive against the PUK, the peshmerga were dispersed across the Kurdish countryside.

With little food or shelter, Bayiz, then 19, hid with his unit near the small town of Mawat, 40km north of Sulaimaniya, and then at other frontline locations. The situation was desperate and he and his fellow peshmerga were under constant threat from patrols, and facing starvation.

‘The government had roadblocks on all sides,’ says Bayiz. ‘Weeks would pass without us receiving bread from Sulaimaniya.’ Some peshmerga surrendered whilst others fled to Iran.

The all-out chemical attacks on the PUK headquarters at Bergalou and Sergalou also reached Haladin, and Bayiz received an unexpected message at the frontline ordering him to return home immediately.

Mules and donkeys were unable to move because of the deep snow, the elderly were abandoned and children became separated from their parents or froze to death

‘I’m with my unit and won’t leave them,’ he told his commander. ‘I’m not going home.’

With bombs falling continuously, the order was given to evacuate the PUK headquarter areas and people fled for their lives. Mules and donkeys were unable to move because of the deep snow, the elderly were abandoned and children became separated from their parents or froze to death on their parents’ backs.

Bayiz was one of the lucky survivors who reached Iran.

Haladin village in the jafati valley was situated close to a headquarters for the Patriotic Union of Kurdistan (PUK). In 1988 the village was attacked with chemical weapons.