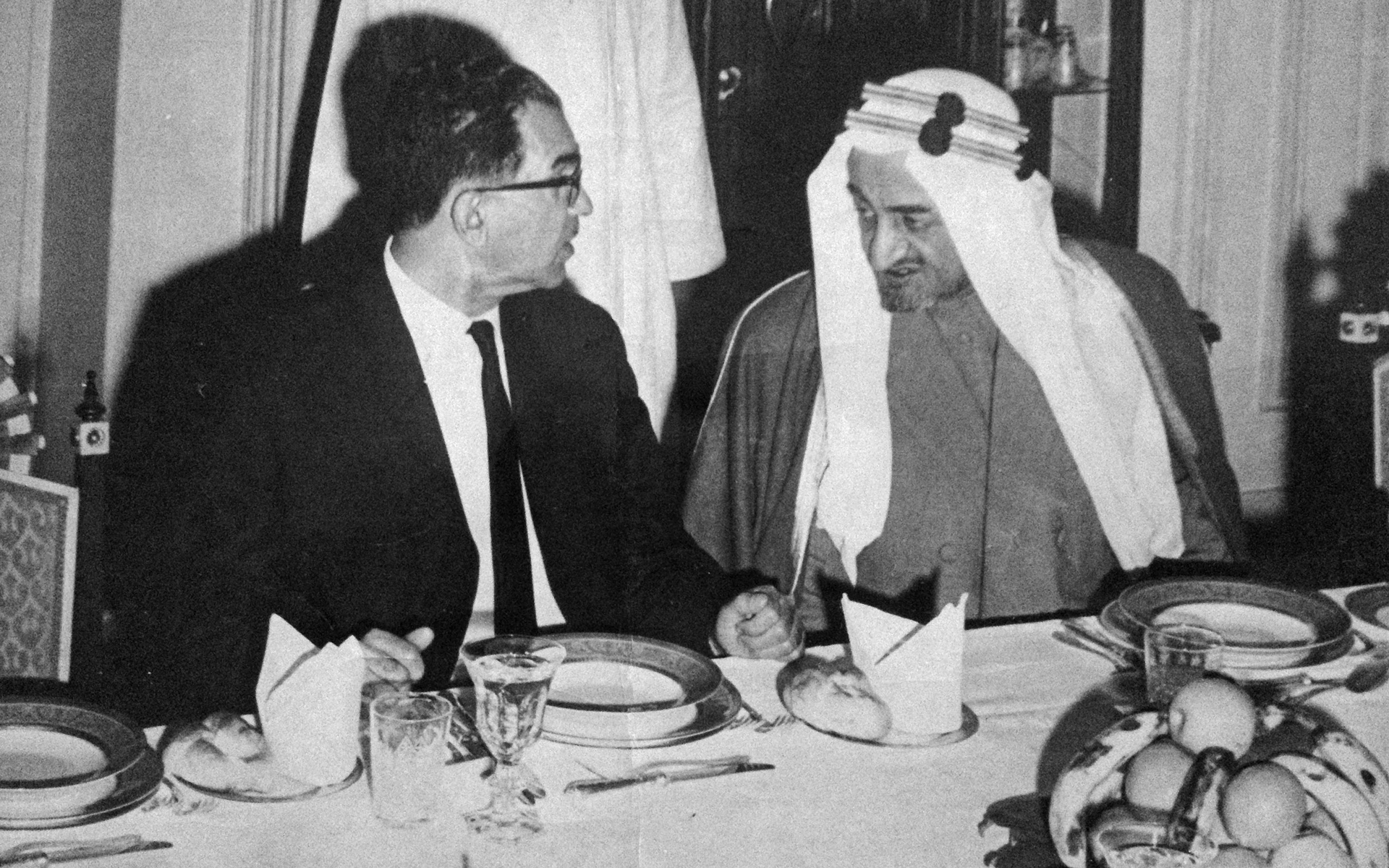 In May 1966 Iraq’s military offensive against the Kurdistan Democratic Party peshmerga of Mullah Mustafa Barzani ends in abject failure, most notably at the Battle of Mount Handrin.

Iraq’s Prime Minister Abdul Rahman Bazzaz seizes the opportunity to achieve a peaceful resolution to the conflict. Representing the Iraqi government’s civilian faction, he acts against those in Iraq’s military who refuse to accept an agreement with the KDP.

Bazzaz quickly arranges a meeting with an official Kurdish delegation. On 29 June 1966, he sends a 15 Point offer to the Kurdish leadership, which recognises Kurdish nationality and offers peace terms.

The Bazzaz Declaration proposes a radical shake-up of Iraqi politics. It calls for the establishment of a democratic republic and outlines a process of political decentralisation to take place within a 12 month time frame. It also states that freely elected administrative councils are to decide upon local political matters in Iraq, and that Kurds should receive a proportional representation in a new parliamentary system of government. Finally, the Bazzaz Declaration sees Iraq acknowledge Kurdish as an official language of the nation.

KDP leader Mullah Mustafa Barzani immediately accepts the terms of the Bazzaz Declaration with the proviso that ‘it does not correspond to the revolution’s objective of autonomy.’

Yet dreams of a democratic, republican Iraq, in which the Kurdish nationality and culture is recognised and respected, soon evaporate.

Many leading members of the Iraqi military view the Bazzaz Declaration as a humiliation. When Bazzaz later issues an unpopular decree that restores property to some 50 supporters of the deposed Iraqi monarchy, military and Arab nationalist factions within the Iraqi government demand his resignation.

Under intense pressure, Bazzaz steps down as Prime Minister in August. Thereafter, his successor Naji Talib, a former Major General in the Iraqi army, refuses to implement the Bazzaz Declaration and the peace negotiations with Barzani and the KDP disintegrate.

Read more about the events of 1966 in our interactive HISTORY OF THE KURDS feature.

In 1965 President of Iraq Abdul Salam Arif appoints Abdul Rahman Bazzaz as Prime Minister in an attempt to bolster the civilian wing of the Iraqi government against hardline factions in the Iraqi military. Bazzaz accepts the importance of Iraq’s 'Kurdish question’ and the military strength of Kurdistan Democratic Party (KDP) leader Mullah Mustafa Barzani. He counsels President Arif to recognise the reality of Kurdish nationalism by officially acknowledging the language and culture of the Kurds. However, dreams of a democratic, republican Iraq evaporate after Arab nationalists force Bazzaz to resign in August 1966 and military hardliners within the Iraqi government reassert their influence thereafter.