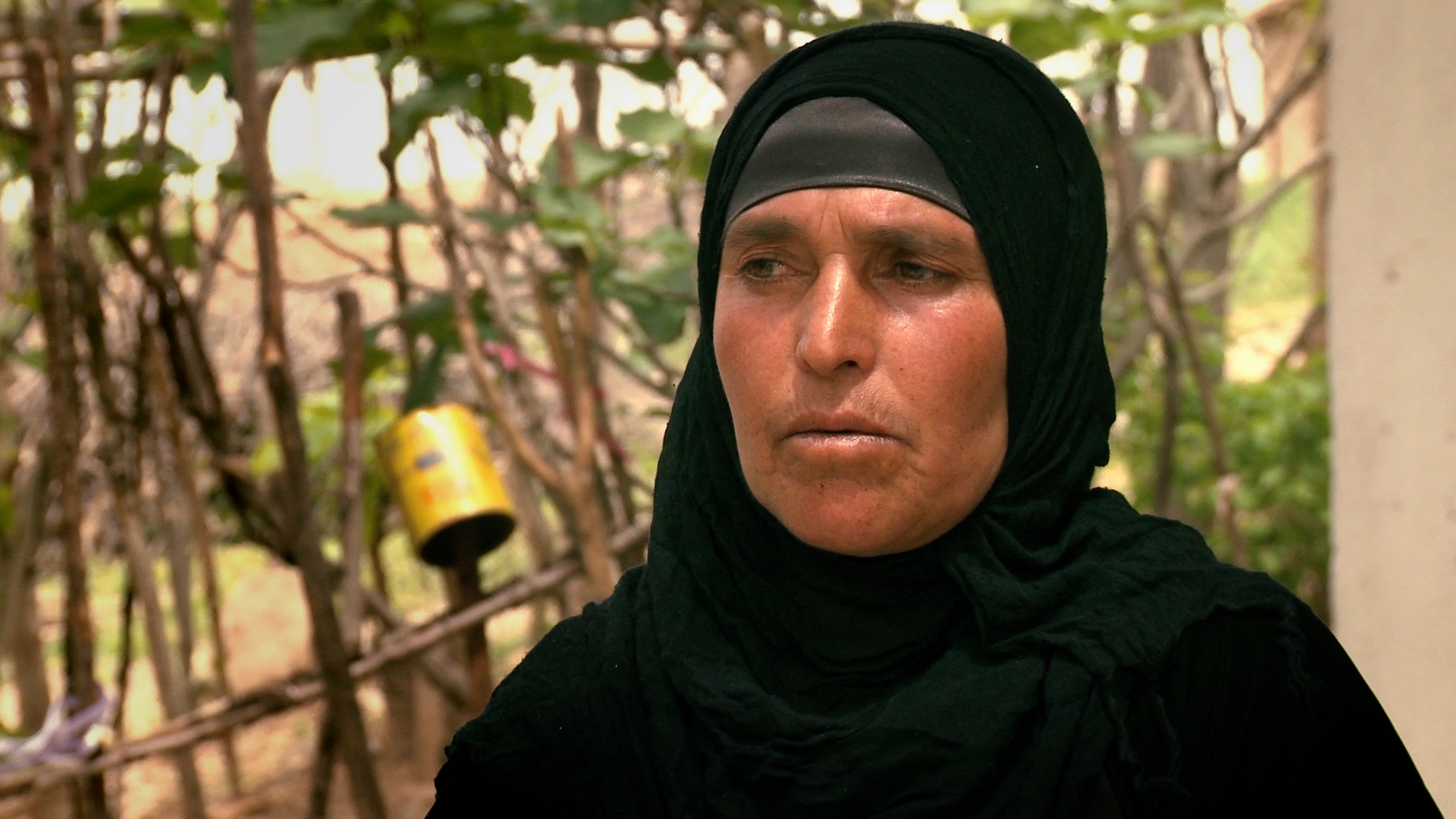 The inhabitants of Yakmal Berkhabir were still in bed when the Iraqi army moved into their village at dawn in late August 1988 and started burning down their homes.

‘It was like the end of the world,’ says Khalafet Sulaiman Dawood. ‘They captured everyone and let our animals go. Everyone was shouting and screaming and trying to run away.’

‘They accused us of being terrorists and of siding with the peshmerga. They said we deserved to be killed.’

‘They accused us of being terrorists and of siding with the peshmerga. They said we deserved to be killed’

The villagers were all loaded onto lorries and taken to the Nizarka fort in nearby Duhok, a detention centre used to hold Anfal victims from the Bahdinan region south of the Turkish border.

Women were treated harshly there. ‘The Iraqis did what they wanted to us,’ says Khalafet. ‘I told them my children were dying of thirst and they said. “Your children deserve to die.”’

The men were separated from the women and children and beaten with rubber truncheons until they were almost unconscious, according to Khalafet.

Shortly afterwards, they were driven away at night in lorries and disappeared without trace.

At one stroke, Khalafet had been deprived of all the men in her family: her husband, her four brothers and four cousins.

The remaining women and children were then transported to Salamiyah, a detention camp near Mosul, and moved two weeks later to the Baharka prison camp, north of Erbil. They survived there with help from the local Kurdish community, who defied the Iraqi authorities to help their compatriots. But food was in short supply and starvation became an issue for the people living at the camp.

Nine men from my family and almost everyone from my village were put in a grave: we can’t cry anymore, our tears have dried up

‘Our children began to die of hunger,’ says Khalafet. ‘My twin babies, Setar and Jabbar, passed away there. How could they survive without milk? Where could I find it for them? I had nothing. I held them tight but they died in my arms. My mother also died there.’

Yakmal lost around 80 men during Anfal. Their disappearance had serious personal consequences for Khalafet and other women in the village: in traditional Kurdish society women cannot usually remarry when the precise fate of their missing husbands is unknown but in Yakmal Berkhabir the situation was far worse.

‘In my family I lost nine men from my family and almost everyone has gone from my village,’ says Khalafet. ‘They were all killed and put in a grave. We can’t cry anymore. Our tears have dried up.’

Yakmal Berkhabir is situated in the north of Iraqi Kurdistan. This area was attacked in Saddam's Final Anfal campaign, which took place between August and September 1988.