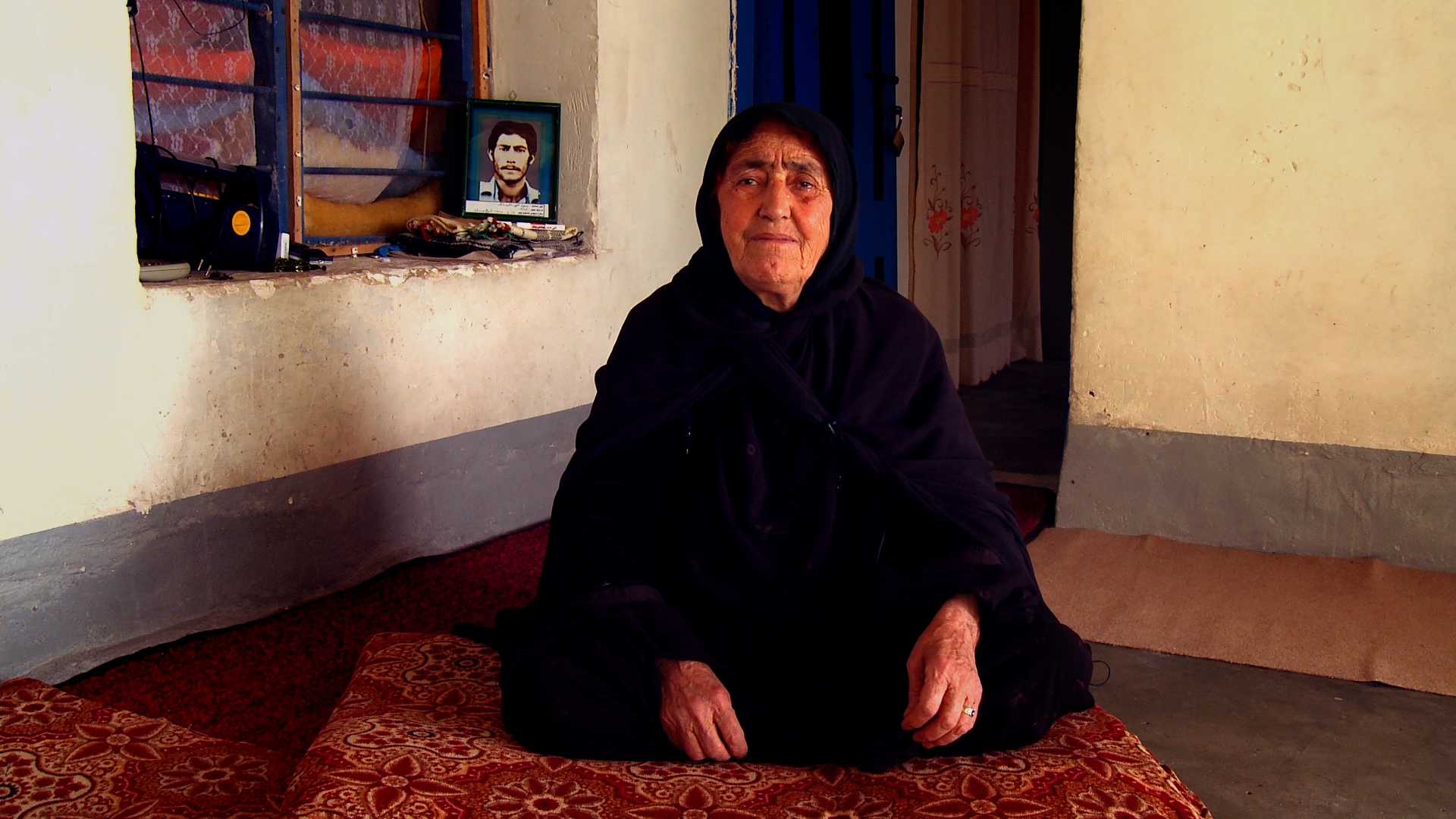 When the first wave of Iraqi bombers attacked Sheikh Wasan village in the Balisan valley, Aisha Taha Abdullah was milking the family cow. She immediately fled from the stables and ran to her house.

When the bombing stopped she crept outside, looked up and saw a mass of dust moving over the village like a cloud.

There were rumours that the Ba’athist regime might use gas against the Kurds after its deployment in the Iran-Iraq war, and Aisha was worried they might be true.

She ran across the village to her son’s home and begged his family to stay indoors and to cover the windows and doors with blankets. But they laughed at her.

‘What chemicals?’ they joked.

Aisha heard the sound of helicopters and then felt drops of moisture on her skin. People came out of their houses coughing and screaming, and began to vomit

As she returned home, her eyes felt sore and she became more convinced the rumours might be correct.

As dusk turned to night, she heard the sound of helicopters overhead and then felt drops of moisture on her skin. People came out of their houses coughing and screaming, and soon began to vomit.There was now no doubt in her mind that Sheikh Wasan had been gassed.

‘People got really scared and their eyes streamed with tears.’ says Aisha. ‘They shouted for help and soon everywhere was crowded and noisy.’

Very early the next morning another son returned from the mountains with his friend. Both were feeling unwell, had difficulty breathing and were partially blinded.

Aisha couldn’t stand up. ‘I couldn’t lift my head off the ground,’ she says. ‘While trying I hit my head on the floor again. I couldn’t open my eyes nor look around.’

Later still, she and other villagers were taken by tractors to a hospital in Raniya, a Kurdish town southeast of Sheikh Wasan, where they stayed overnight.

‘I was too confused to know what was going on,’ says Aisha.

They were then taken to a hospital in Erbil where they were refused treatment, and moved to a local prison ringed with barbed wire. Conditions there were miserable: it was cold and wet, there was little medication for the wounded and the food was virtually inedible.

‘Some would die at night, others during the day,’ says Aisha. ‘People would walk around and then fall over, their teeth chattering. They lost control of their movements and died a little later.’

The survivors spent nine days and nights in the prison. Towards the end of their stay there the men were separated from the women, children and elderly, and ordered to board buses in the yard outside. Aisha gave her son Rasul two cucumbers to eat before he climbed aboard, but one of the prison guards stopped her from giving him water.

‘I prayed to God and thought my son would be buried thirsty,’ she says. Aisha never saw him again.

That evening the remaining women and children were loaded onto trucks and told they would join their menfolk in the north of the country.

‘I was so happy,’ says Aisha. ‘Even if they’d put the men in jail, I thought it would have been much better for them in the mountains.’ The Iraqi soldiers, however, were all too aware of what fate had befallen their male relatives.

It was cold and rainy when they approached Khalifan, which is about two hours’ drive northeast of Erbil. Several villagers died on that short journey including several children. They had been warned that they risked arrest at the Khalifan checkpoint so a group of 20 women, some without shoes and most with chemical burns, walked down to the river and hid there.

The people of Khalifan came out to help the villagers and took them to their homes despite the risk of arrest. They prepared hot baths and gave them food and clothes. Nevertheless, that night between 11 and 12 people died and were buried nearby.

In all, Aisha lost about 50 members of her extended family in the chemical attack. She herself still suffers from the long-term effects of the gassing: her eyesight is badly impaired.

‘I will never forget a minute of what happened in Sheikh Wasan,’ she says.’That will never leave me.’

Sheikh Wasan is a village in the Balisan valley. The Iraqi airforce attacked it with chemical weapons in April 1987.