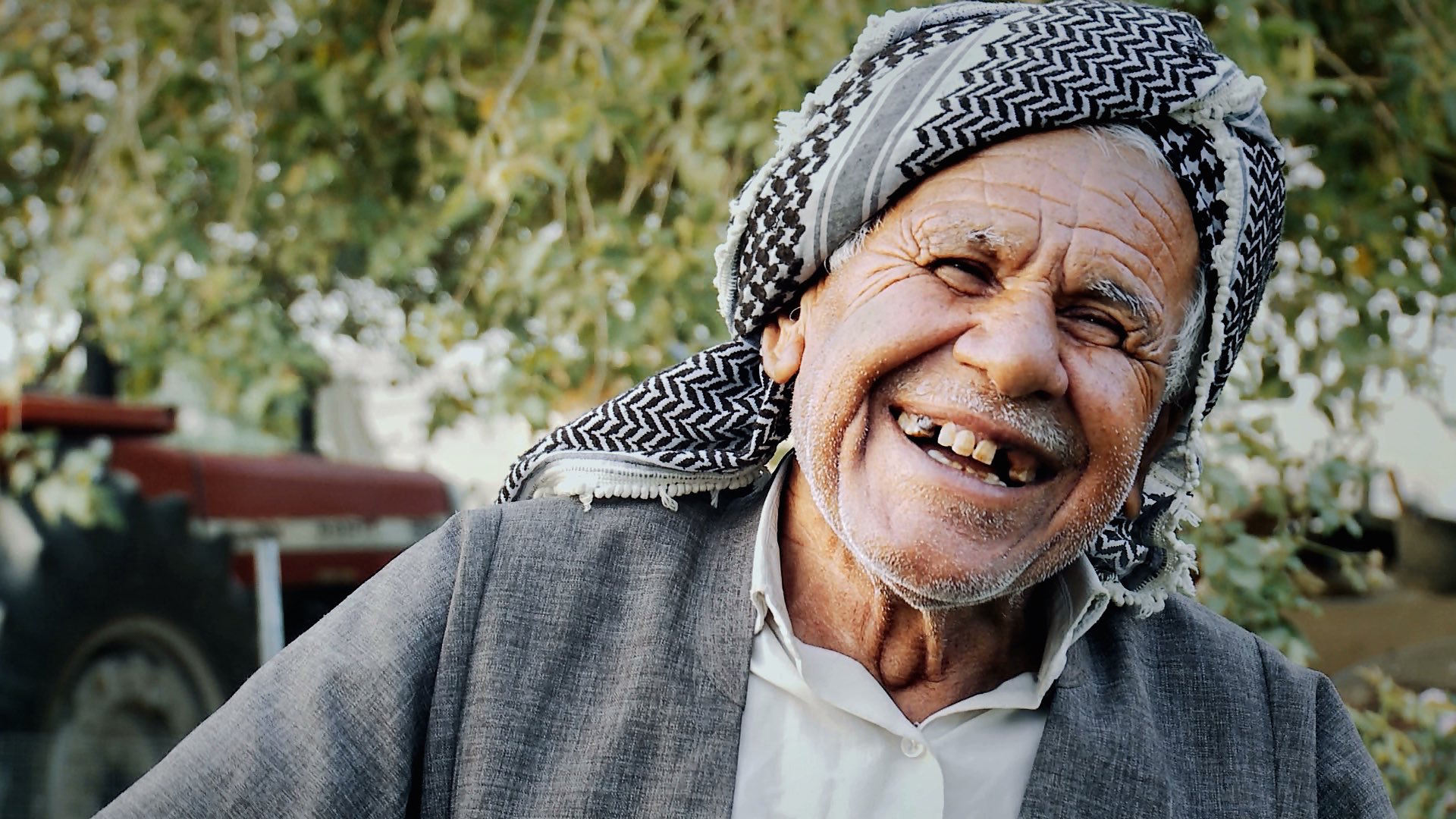 Mohammed Amin Rahman Ali resisted attempts by Saddam’s regime over decades to drive him off his land near Kirkuk and replace him with Arab settlers from southern Iraq.

Mohammed was first forced out in 1963 when Iraq’s National Guard, acting with the authority of the ruling Arab Ba’ath Party, tried to take over large tracts of land northwest of Kirkuk. Their aim was to assert Arab control over one of the world’s richest oil regions.

‘The government came here with tanks and bombs,’ says Mohammed. ‘They burned and looted what they could. They captured all the people they could get their hands on. By name I can count 50 to 60 people.’

‘I was born in Chalistan (near Kirkuk),’ says Mohammed. ‘We’ve been kicked out so many times and each time we come back. We built our first house down there. Each time they destroyed it. We rebuilt it until we ended up here. If they destroy this one, I’ll build another on the other side of the road.’

Mohammed and his family returned to Chalistan after the 1970 Autonomy Agreement between the Kurds and the ruling Ba’ath party brought a temporary peace. ‘We came back and stayed for four years. When the government negotiations failed they threw us out again,’ he says. ‘That’s our tragedy.’

After Saddam’s defeat in the 2003 Iraq war, Arab settlers left many of, but not all, the Kurdish and Turkman farms requisitioned in the 1960s and 1970s. ‘This was our land,’ says Mohammed. ‘We really wanted to return here.’

‘There was no water and no electricity, nothing. It was a life of poverty but it was ours and we were happy to be back. If a bird flies from its nest, doesn’t it still want to return?’

Chalistan is in the Dibs region. Dibs has been a disputed territory for many years. In 1963 the Iraqi government tried to move Kurdish communities out of Dibs by helping Arab tribes to fight and displace them.