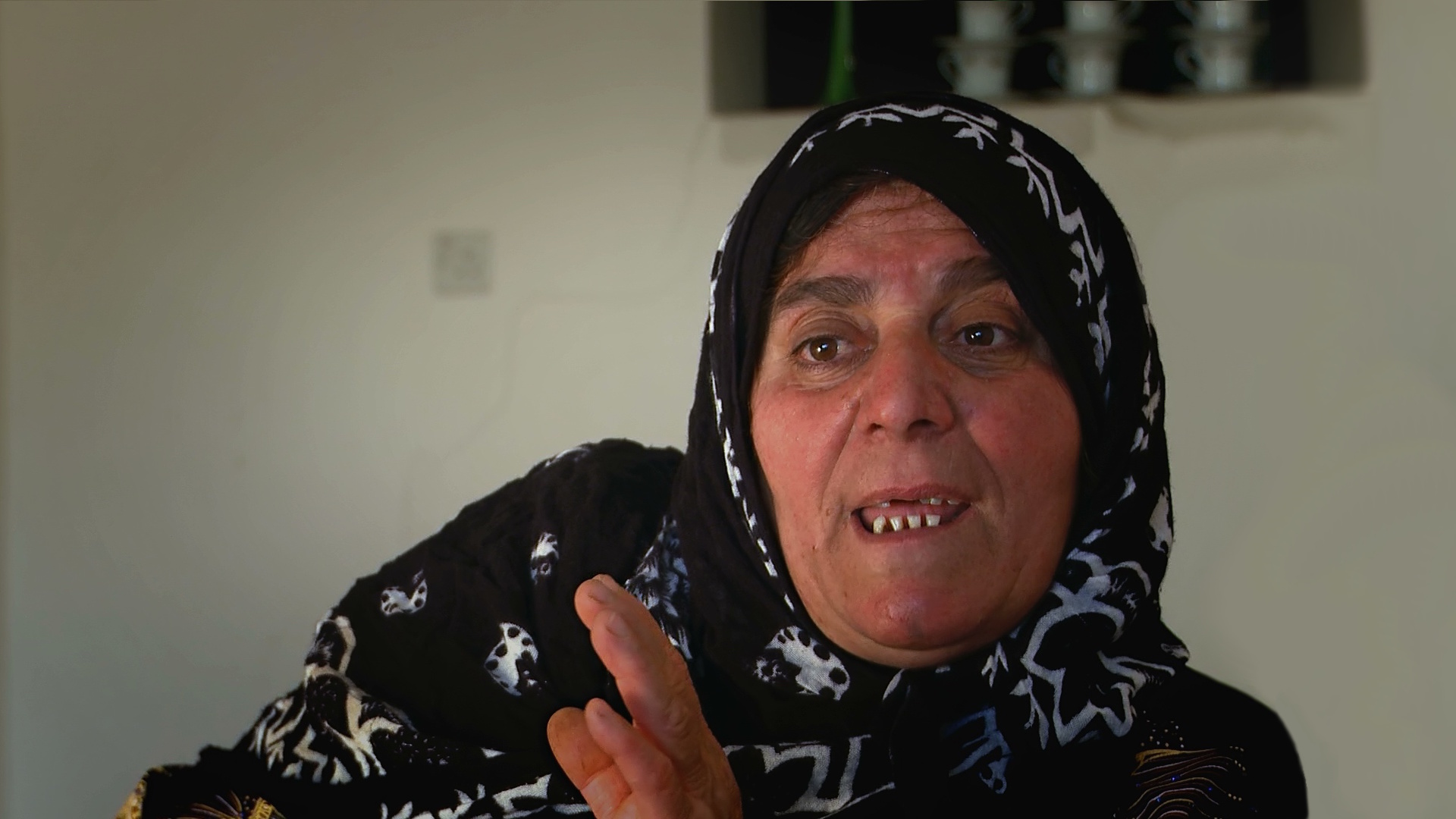 Najeeba Omar Mohammed was about to give birth the day the Iraqi military launched their Anfal campaign against Kurdish peshmerga north of Sulaimaniya, bombing her home village of Haladin with poison gas.

The attack in late February 1988 targeted the Patriotic Union of Kurdistan (PUK) headquarters in the Jafati valley and surrounding communities. Her village was just an hour’s walk away.

Because of the constant aerial bombardment, most villagers, including Najeeba and her family, were living in mountain shelters well away from Haladin but kept their livestock in the village.

‘In the evenings we went down to feed the cattle and in the morning we milked them and brought the milk back,’ says Najeeba. ‘If we lit a fire at night, they would bomb us from Kojar so we had to come and go in darkness.’

Najeeba had watched the chemical bombardment from afar and covered the doors of her home with blankets fearing the gas clouds would soon reach them. She and her family then moved higher up the mountain. Only later, when they ventured down to the village, did they become aware of the deadly effects of the gas. ‘If we’d been there during the attack, none of us would have survived,’ says Najeeba.

If we’d been there during the Iraqi attack, none of us would have survived

At least two men from the village had died and Najeeba and her husband lost all their livestock in the attack. ‘We lost nine cows,’ she says. They discarded all the milk stored in their house in Haladin fearing it might be contaminated. Iranian revolutionary guards, who were setting up a base in the local mosque, were also killed according to Najeeba.

At noon the next day, she and her family decided to flee to Iran with her newly born baby and five other children. As she was unable to carry the child and had no clothes to keep it warm, she tried to give it away but her sister-in-law stopped her. In sub-zero temperatures and in deep snow, they faced a desperate situation but were rescued by an Iranian helicopter which flew them to a village near the Iranian border. ‘We would all have died without their help,’ says Najeeba.

They were finally trucked into Iran where they spent five days in Baneh at a local mosque shared with other refugees, some of whom were suffering from chemical burns. ‘There were two old women affected by the gas who laughed continuously; some just cried and others couldn’t speak because their throats had been burned by the chemicals,’ says Najeeba.

She and her family returned home to Kurdistan following an Iraqi government amnesty issued after the end of Iraq’s Anfal campaign in September 1988.

In late February 1988 the Iraqi military launched their Anfal campaign against Kurdish peshmerga, targeting the Patriotic Union of Kurdistan (PUK) headquarters in the Jafati valley. They subsequently bombed Haladin with poison gas, as well as other communities nearby.