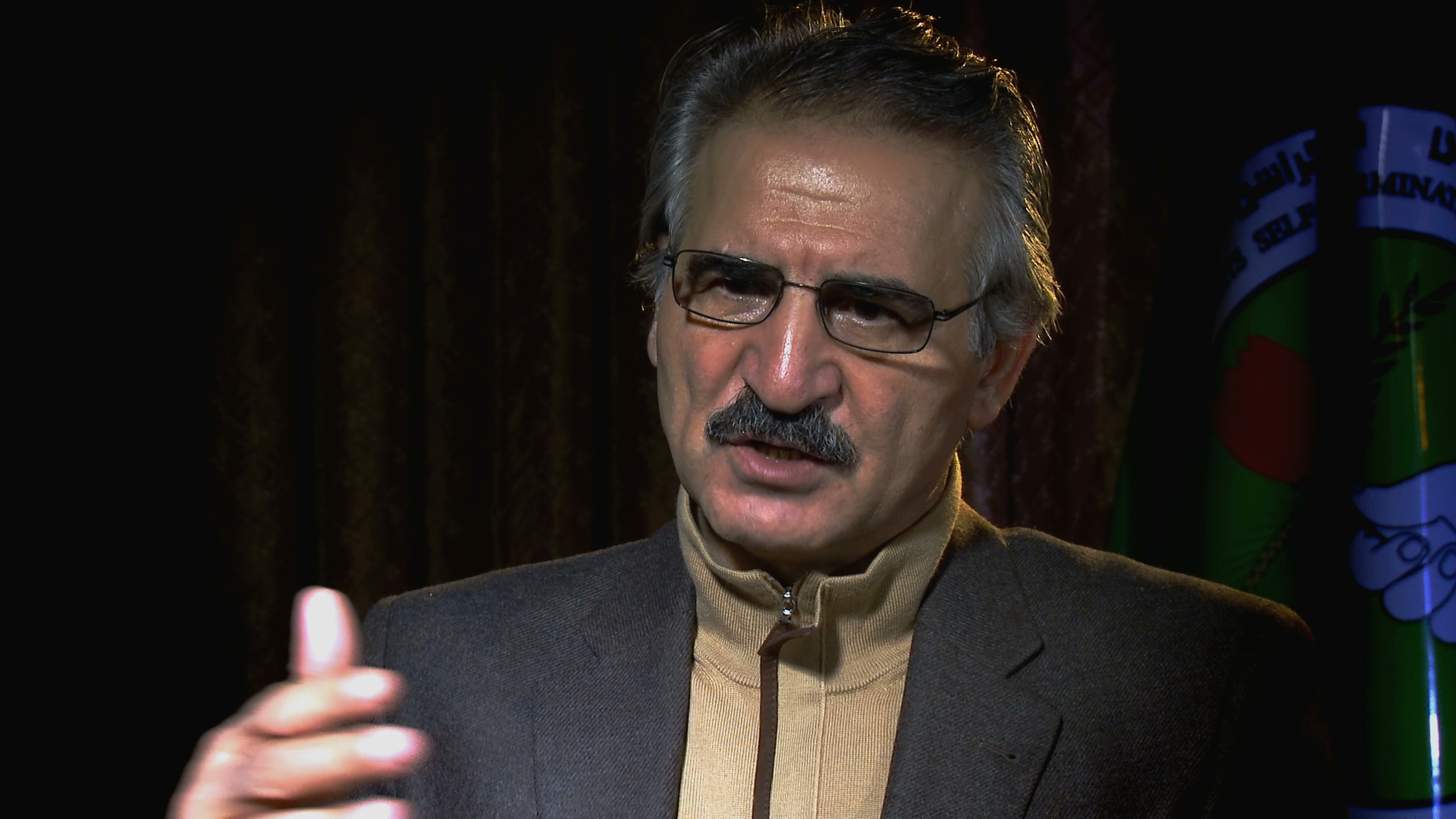 Kurdish peshmerga were unable to adapt quickly enough to poison gas when it was first used in the late 1980s because of the fear it unleashed, according to Mala Baxtiyar, a Patriotic Union of Kurdistan (PUK) leader who witnessed chemical attacks first hand.

‘We lost a lot of people to chemical weapons. Some 80% of the villages in Kurdistan were lost, if not more,’ says Mala Baxtiyar, head of the PUK’s Political Bureau Executive who helped lead his movement’s fight against the Iraqi army in the late 1980s.

‘There was a lot of fear, ‘ he says. ‘The biggest psychological problem was that a very dangerous weapon was being used and we had no weapons to defend ourselves. We didn’t have any knowledge about these weapons.’

Although the PUK’s main base in the Jafati valley was attacked with poison gas in 1987, the scale of the next chemical onslaught faced in late February and March 1988 came as a shock and forced thousands of civilians and peshmerga to flee for their lives towards Iran. Some analysts believe that keeping a fixed base in an area when chemical weapons had already been deployed was a strategic mistake by the PUK leadership.

‘When I think back to the first time the government used poison gas we should have acted much more quickly. We should have emptied all our bases and moved to the mountains,’ says Mala Baxtiyar. ‘We should have started teaching people earlier about injections and medicine and how to treat those who have been affected by chemical weapons. But when you’re faced with a chemical weapon, a deadly weapon, your line of thought is weakened. Death and fear overtake you, especially the innocent people.’

‘We couldn’t resist the invasions of villages and bases anymore,’ says Mala Baxtiyar. ‘The peshmerga were exhausted. I saw them throw away their guns, cartridges and jackets. No one spoke to anyone anymore. That’s how terrified they were.’

The Kurdish political parties were forced to change their strategy. Their headquarters moved across the Iranian border and small groups of peshmerga guerrillas moved inside Iraqi Kurdistan. They hid during the day in caves and remote mountain villages and operated at night.

‘You couldn’t stay in bases because the government would easily find you, attack with chemicals and kill you,’ says Mala Baxtiyar. ‘Before the attacks, there were about 6,000 to 7000 (PUK) peshmerga in Kurdistan but afterwards only 500 to 600.”

Only very fit partisans capable of walking 10 hours at a time whilst carrying a Kalashnikov and a backpack could operate in the mountains. ‘These were the only ones who could fight as peshmergas,’ says Mala Baxtiyar.

When you’re faced with a chemical weapon, your line of thought is weakened: death and fear overtake you

In 1988 the Balisan valley was attacked by the Iraqi army with chemical weapons.