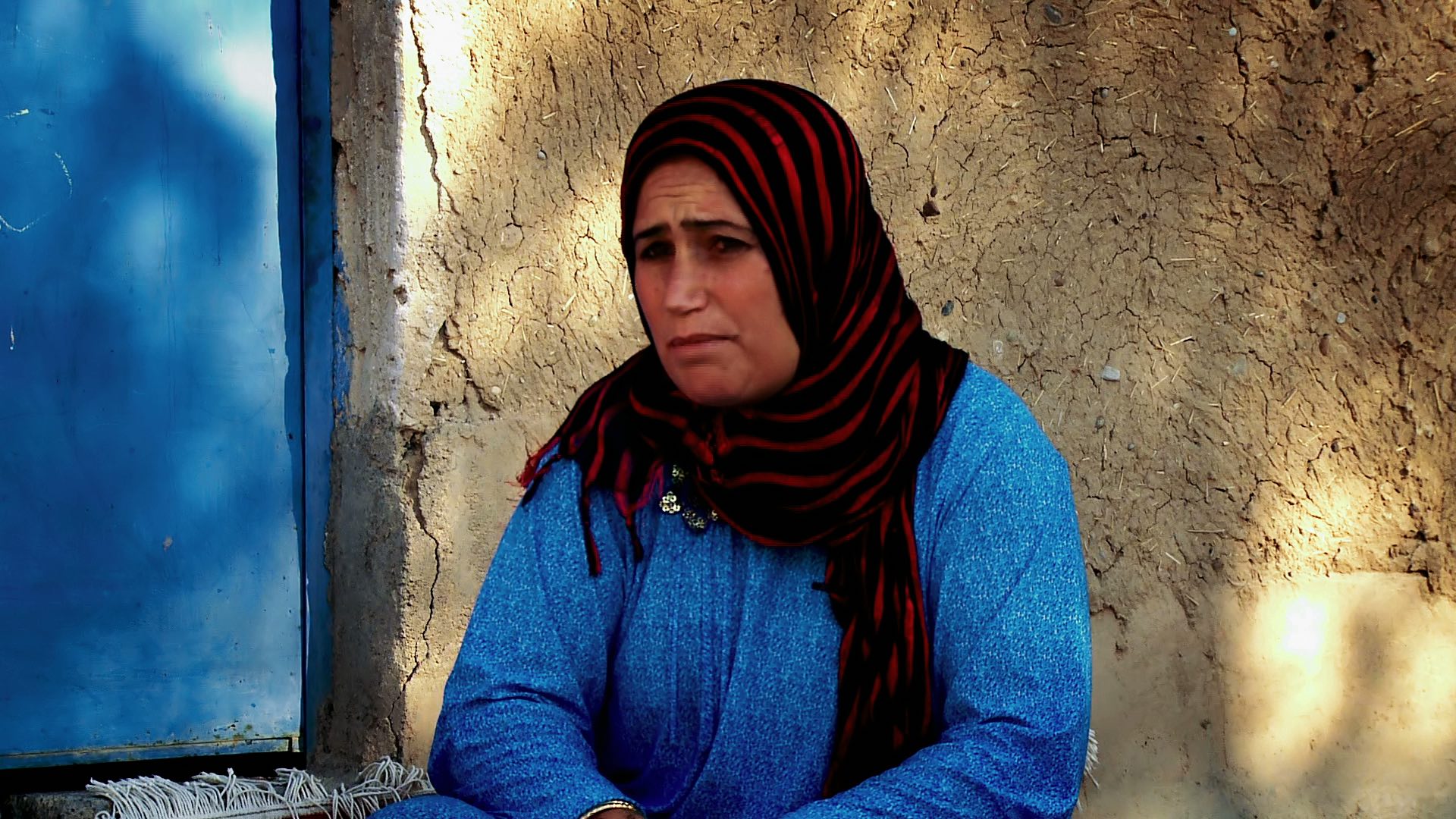 Fatima Khursheed Mahmoud remembers her father fondly. ‘He was funny and friendly, not selfish. He was generous and good to his neighbours too.’ She was 13 when she lost him during the Anfal campaign.

When the Iraqi forces reached her village of Kulajo in April 1988, Fatima and her family were forced to drive to Quratu by tractor. She, her parents and her eight siblings as well as some of their extended family were packed on to the trailer with their household belongings. They expected to be resettled in a government collective town nearby.

But the roads were lined with women weeping. When Fatima asked why they were crying, they drew their fingers across their throats.

Fatima’s family reached Quratu in the pouring rain. Large numbers of Kurdish villagers had arrived ahead of them. After a few days, all the captives were forced to abandon their possessions and pushed onto trucks. At that point everyone began to fear for their lives.

The villagers were driven to Topzawa, a former army camp on the outskirts of Kirkuk which had been turned into a holding camp for the Kurds. There, groups of men were separated from the women, including Fatima’s father and her elder brother.

‘My brother started praying and begging for Allah’s help,’ says Fatima. ‘He kissed all of us while they were separating us. There were still some of us left whom he wanted to kiss, but policemen took him away whilst beating him. He was crying and we were crying.’

The men were put in different halls from the women and eventually disappeared. ‘We were expecting them to come back home alive,’ says Fatima. ‘We were waiting for them to return until the fall of Saddam. We were looking forward to seeing them again, but they never came back.’

The men are believed to have been executed in the desert, their bodies slung into mass graves where they lie undiscovered to this day.

The conditions in Topzawa were cramped. There was little or no food and a disgusting smell pervaded the halls. The next morning, Fatima and her family had their names registered before being loaded onto buses that took them to another prison camp – Dibs, which is 20km northwest of Kirkuk.

Some of Fatima’s relatives however never reached Dibs. ‘They never came back, never returned home, like my aunt, my cousin, my mother’s cousin and many others from our village,’ says Fatima.

The conditions in Dibs were brutal. With no medical support, many children died in the unsanitary conditions. Fatima’s cousin lost her two children in one week.

Fatima and her family stayed in Dibs for three months and then were sent to Nugra Salman, a notorious desert prison camp hundreds of miles south, close to the border with Saudi Arabia. ‘When we were driving into it, there was a sign on top of the gate with the word ‘weil’ written on it which means “hell.”’

It was an apt description, for Nugra Salman became synonymous with suffering. The Iraqi guards, under the command of a Lieutenant Hajaj, beat and tortured many inmates.

‘Once Laila, my cousin, hid behind some barrels to avoid Hajaj. But Hajaj found her, took her out of her hiding place and beat her,’ says Fatima. ‘My mother was beaten so often that the imprint of Hajaj’s truncheon was visible on her shoulders long afterwards.’ Meanwhile there was an outbreak of cholera in the prison that killed many people.

Eventually a general amnesty was announced. After cursory health checks, Fatima, her family with many other inmates were driven to Sulaimaniya in Iraqi Kurdistan and then to Smud, a collective town adjoining Kalar. Today Fatima lives in the village of Kareza.

Kulajo Village, in the Garmiyan region would often host visiting peshmerga forces and give them rest and supplies. This made the village a target for Saddam Hussein, and in April 1988 Iraqi forces arrested and imprisoned Kulajo's inhabitants.