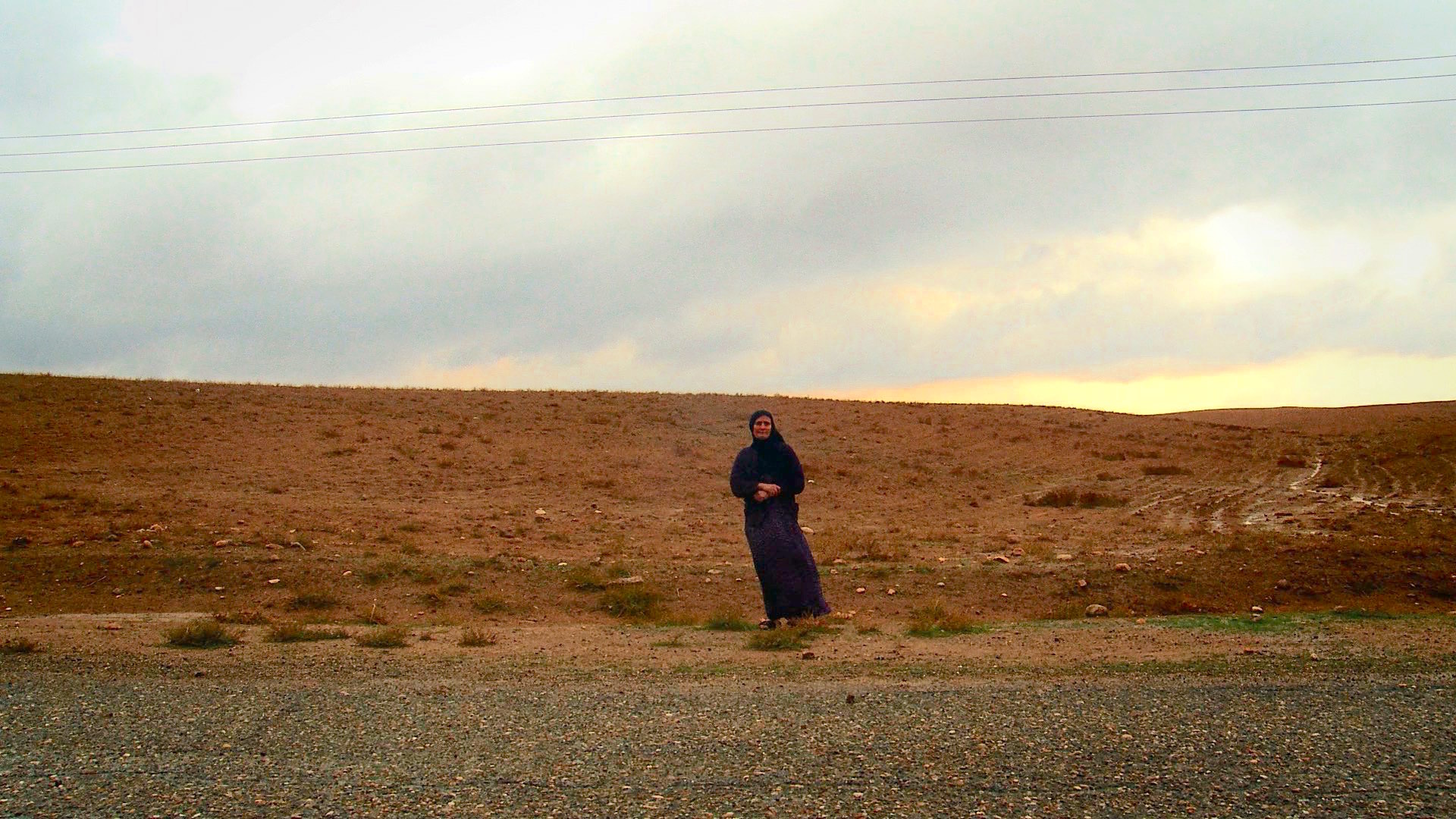 When Asmar Mohammed Jabar fled Mahabaram on a tractor carrying women and children from the village, she was nine months pregnant.

It was April, 1988 . The Iraqi army had already started to attack their area east of Kirkuk and everyone feared that they might experience another Halabja, a massive chemical assault, so they fled for their lives.

They headed for towns nearby where they thought they might be safer. But they were soon stopped by an army checkpoint near Qara Timor village and made to disembark.

Their tractors were confiscated and in heavy rain they were moved into an open field together with hundreds of other fleeing villagers.

To shield her from Iraqi soldiers, women from the village formed a circle around Asmar and watched over her for the next 15 or 16 hours as she delivered her baby

There was no shelter or food and at about 7pm, in great pain, she went into labour. Soldiers refused to let her brother fetch a blanket and clothes from the tractor. To shield her, women from the village formed a circle around Asmar and watched over her for the next 15 or 16 hours as she delivered her baby.

‘When the baby was born we had nothing to cut the umbilical cord with,’ says Asmar. ‘My brother had a used razor in his pocket. He was worried the baby might get an infection but we had no choice.’

‘They placed the baby in my arms and it began to shiver even more than me,’ says Asmar.

On the third day they were moved to Topzawa prison camp near Kirkuk where the men and older boys were separated from the women and younger children. These male prisoners were never seen again.

Topzawa was filthy. People were urinating in the halls and the smell permeated the living quarters. Conditions gradually improved when Asmar was moved to Dibs northwest of Kirkuk. But the food there was inedible and people were suspicious of the ingredients. ‘They would give us soup full of large bones,’ says Asmar. ‘We couldn’t believe they were animal bones. The meat was disgusting.’

After five months, the prisoners were transported to Tikrit, south of Kirkuk, in overcrowded vehicles. People thought they were being sent to their deaths but a day after their arrival they were told they had all been granted amnesty by the Iraqi security services.

Asmar went to Chamchamal to live with her father-in-law but in 1993, helped by the NGO Solidarity, she returned to Mahabaram to rebuild the village and resume farming livestock.

Life without the men was tough, and she dreamed for many years of her husband’s return. But when all the prisons were opened following Saddam’s defeat in the 2003 Iraq War, it became clear that he was dead. That year, Asmar returned to Chamchamal because her son became ill and unable to look after the animals.

‘We have never been happy since,’ says Asmar. ‘Now I am old and sick. My life is so bad and I have a lot of pain. It’s so sad.’

Mahabaram village is in the Garmiyan region in the south of Iraqi Kurdistan. In April 1988 the government attacked this region with ground troops and captured the fleeing villagers.