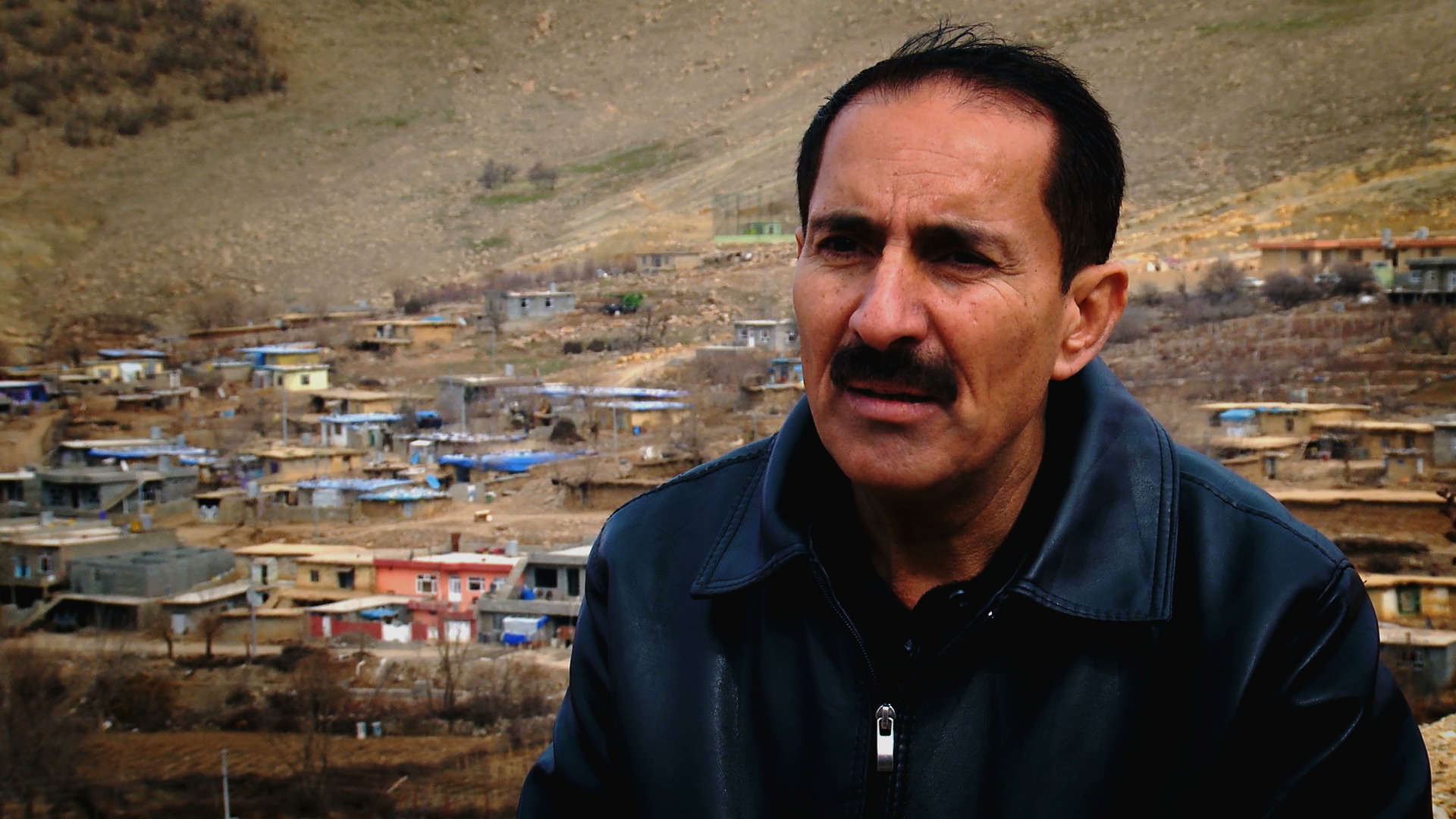 When the Iraqi army launched a huge attack on the Patriotic Union of Kurdistan (PUK) headquarters northeast of Sulaimaniya in February 1988, Abdulkarim Haladini was not just physically shaken.

‘The whole place was full of smoke, fire and gunpowder and I wanted to cry,’ he says. ‘I remembered my childhood and felt that it too was on fire. The flames were destroying my memories.’

The attack was on a scale the Kurds had never witnessed before and was intended – according to Iraqi propagandists –  to ‘cut off the head of the snake.’

Poison gas was also used and hundreds of bombs and shells rained down on them in one day as they desperately tried to hold their line.

It marked the beginning of the regime’s Anfal campaign against Kurds who had sided with Iran in the Iraq-Iran War. It was intended to crush morale and its success exceeded Iraqi expectations.

At the time, Abdulkarim was a peshmerga and political strategist based in Bergalou and Sergalou. He was proud of the several headquarters the PUK had built in the area despite increasing pressure from the Iraqi Army.

‘It was a very good life. We were all friends and life was simple,’ he says. ‘But even a year before Anfal we were under a lot of pressure.’

The PUK had been warned that the Iraqis were prepared to use poison gas against them if they allied themselves with Iran.

‘I’ll destroy Kurdistan with chemical weapons,’ said Ali Hassan Majid, otherwise known as ‘Chemical Ali’, after the collapse of peace negotiations with the PUK in 1985.

The PUK was a well organised and efficiently run peshmerga force. But some experts consider that it made a strategic mistake in establishing fixed headquarters around Bergalou, Sergalou and Yakhsamar in the Jafati Valley.

Whilst well protected by the surrounding mountains from conventional weapons, the headquarters were vulnerable to attack by poison gas which is particularly effective in mountainous terrain.

The Iraqis attacked with overwhelming force from behind the mountains: they assembled 150,000 soldiers and one thousand tanks, with heavy artillery and chemical weapons.

Abdulkarim watched as Kurdish villagers were caught between the full force of the Iraqi army and harsh weather conditions.  It was snowing heavily and bitterly cold. The PUK peshmerga, having been ordered to withdraw, were demoralised.

‘After heavy fighting we realised the battle between the peshmerga and Ba’ath forces was one sided. The peshmerga only had simple weapons,’ says Abdulkarim. “Hundreds died and thousands were injured.”

Large numbers of villagers fled with the peshmerga towards Iran pursued by the Iraqi army and airforce.

Even as they reached the border, Abdulkarim saw the Iraqis bombing villages sheltering Kurdish refugees with chemical weapons.

After helping many Kurdish villagers reach the Iranian border, Abdulkarim returned to Kurdistan to resist the Iraqi army during Iraq’s Fourth Anfal campaign in May 1988.

After heavy fighting we realised the battle between the peshmerga and Ba’ath forces was one sided: the peshmerga only had simple weapons

This campaign took place in the Lesser Zab Valley.

As many as 300 Kurds died in attacks on Goptapa, Askar and the surrounding villages.

Since the defeat of the Iraqi regime in the Desert Storm campaign in 1991, Abdulkarim has dedicated his life to helping Anfal survivors. He was put in charge of Sulaimaniya’s Anfal board, which assists families bereaved in the war with Iraq.

He feels that the trauma of Anfal has left a deep scar on Kurdish society. For him, it was an assault on the Kurdish way of life and on Kurdish culture.

‘There isn’t a single village in Kurdistan that hasn’t been burned at least once,’ he says. ‘That is why people’s suffering has been part of our country’s pain – if only other countries could understand it.

A former headquarters of the Patriotic Union of Kurdistan (PUK) was located at Bergalou in the Jafati Valley. In 1988 it was destroyed in a massive chemical bombing by the Iraqi government.