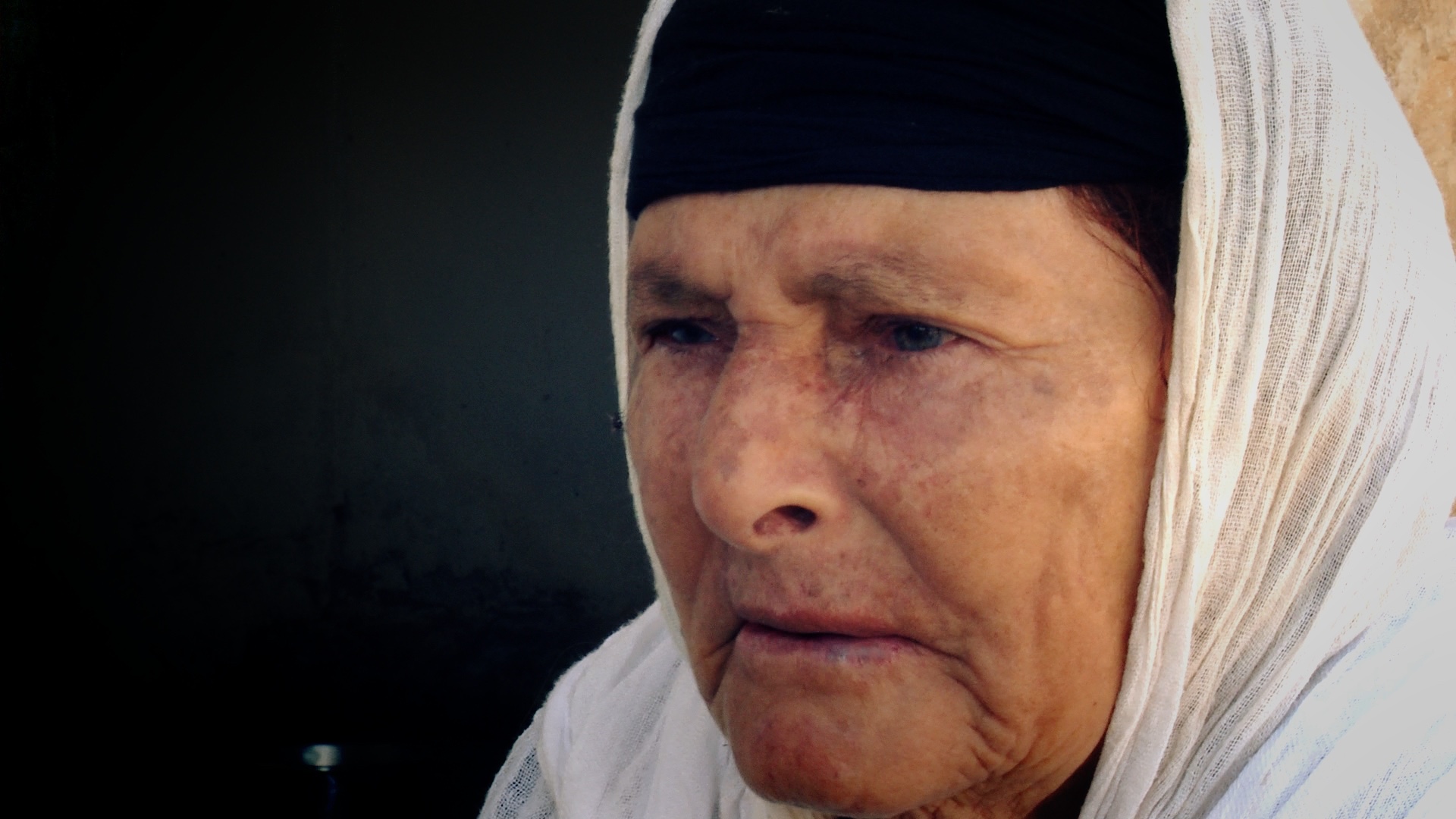 Aisha Ismael Ali was 61 when her life in the small village of Goptapa, on the banks of the Lesser Zab river, was violently interrupted.

On 3 May 1988, the Iraqi army attacked the village with poison gas as part of its Fourth Anfal campaign against the Kurds.

Until then, Aisha’s family had been prosperous and had enjoyed a good life. ‘We were well fed and happy. We never thought this would happen,’ she says.

The military wanted to be sure that no one in Goptapa – neither villagers nor peshmerga – escaped the clouds of gas. So the Dukan dam sluices were opened causing the waters of the Lesser Zab to rise which cut off escape routes from the village.

Divisions of Iraqi troops moved through the countryside rounding up refugees and loading them onto tractors. They were then taken to prison camps.

Aisha fled from the gas clouds with her six children and her neighbours, many seriously affected by the effects of the gas. Soon after leaving the village, they were taken prisoner by the Iraqi army.

Aisha and her children were taken to Topzawa prison camp on the outskirts of Kirkuk where they were cruelly beaten. The screams of her children are still fresh in Aisha’s mind.

She was separated from five of them and taken to Nugra Salman, a notorious prison camp in the southern Iraqi desert near the Saudi Arabian border.

Divisions of Iraqi troops moved through the countryside, rounding up refugees and loading them onto tractors before taking them to harsh prison camps

Although Aisha’s husband survived the gassing, he died of cancer soon after. She is convinced that chemicals were responsible for his death. Only one of her six children survived Anfal.

Aisha remains deeply disturbed by the loss of her children.

‘My boys and girls visit me in my dreams,’ she says. ‘When I see them they’re beautiful. I’ll be waiting for them until I die.’

Goptapa Village was one of only two villages directly attacked with chemical weapons during the Fourth Anfal campaign.