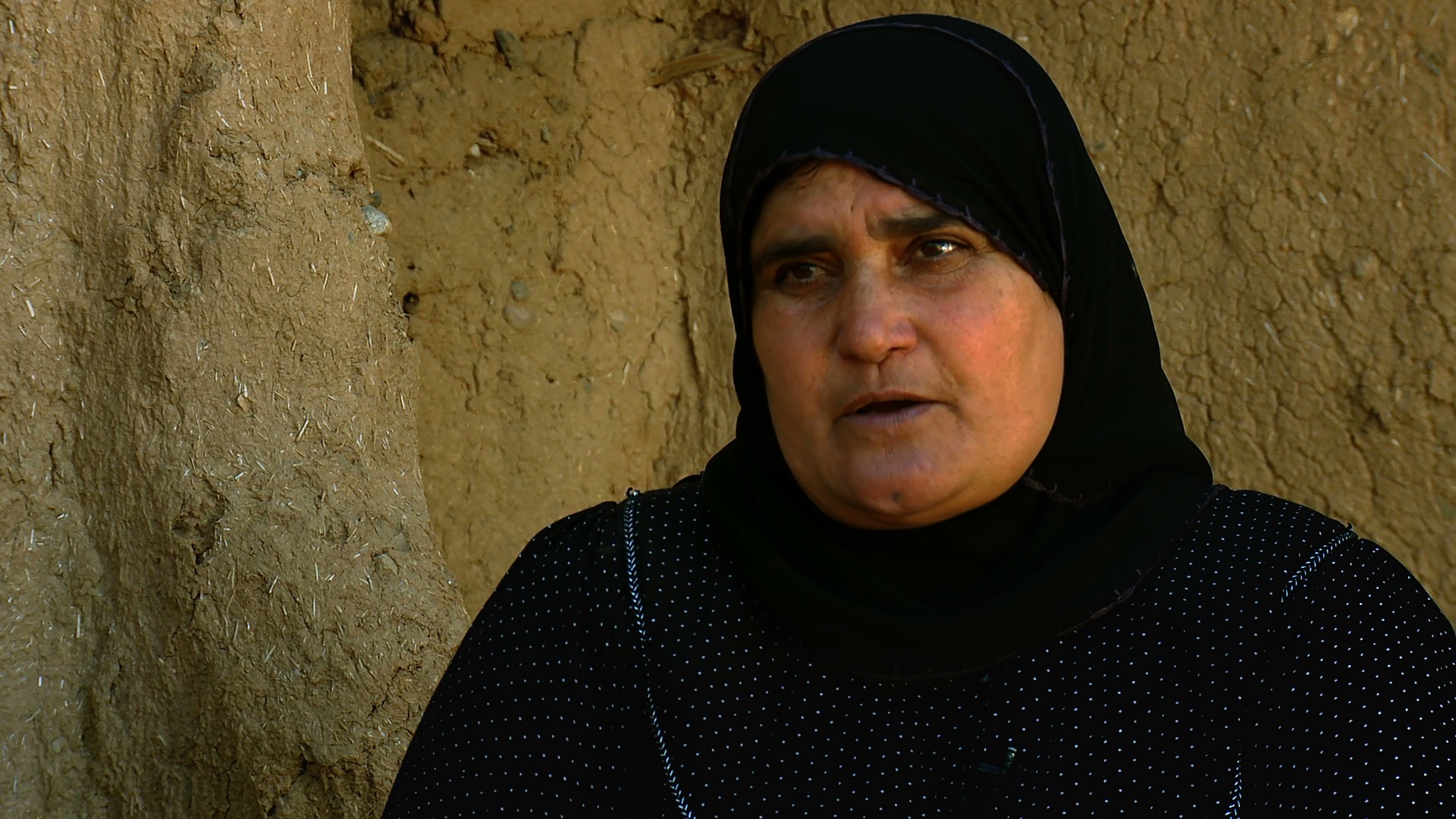 Jwan Abdulkarim Jabar boarded a tractor at 4 am. The Iraqi army was about to sweep through her home village, Mahabaram, in the Garmiyan region.

It was 11 April 1988, and Jwan was seven months pregnant and carrying her 16-month-old son in her arms. She felt the end of the world was near. Panic spread among the villagers as the shelling increased and the army became visible on the horizon.

Local peshmerga begged everyone to stay but Jwan ignored them. She climbed on to one of three tractors with other women and children leaving the elderly and deserters behind.

The tractors headed to nearby Chamchamal but a few hours later they were all arrested at Qara Timor village. They were detained in an open field together with several hundred other people and the tractors were confiscated. They were terrified when the army’s heavy guns fired on nearby villages and were stuck for three days in freezing rain without food, water, or blankets.

After two days, Jwan’s sister-in-law gave birth in the field. ‘There was nothing to wrap the baby in,’ says Jwan. ‘We needed something to cut the umbilical cord but there was nothing.’

One of the male captives lent them a razor and the newly–born baby was eventually wrapped in a dirty cloth. Jwan urged the mother to throw the baby away but she refused.

Anfal ended a traditional way of life for families throughout Garmiyan. Jwan’s grandfather had founded Mahabaram village and was rich. She had six brothers and six sisters and they all shared the work on their lands looking after the livestock and cultivating the land. ‘I swear we had so much fun and a great life (then),’ says Jwan.

There were 16 houses in the village with about 90 to 100 inhabitants, all related to each other, and a primary school built of mud bricks. The teacher, an army deserter, taught children during the day and men in the evening. He had built an air raid shelter under the school to protect his pupils from bombardment.

Peshmerga were frequent visitors to Mahabaram, where they were well looked after. There was no clinic but a doctor. Also an army deserter, he tended the wounded fighters and local people with medication illegally sourced from nearby towns.

Jwan and the other villagers were taken to the notorious holding camp of Topzawa on the outskirts of Kirkuk. There she was briefly reunited with her husband Tahir, who had been stripped of all his possessions after being captured.

After five days, women and young children were separated from the male prisoners. That was the last time Jwan saw Tahir. She was later moved to the womens’ prison in Dibs to the north and soon after had a miscarriage.

‘I found out that my unborn baby had died a month before. He was a boy, very handsome. I’d been carrying him for a month,’ says Jwan. ‘That’s a very long time for a dead baby to stay inside you.’

There were no doctors to help her despite the medical emergency. Other camp inmates buried the little body near a tree afraid that camp guards might feed it to the dogs.

Worse was to follow. A measles epidemic swept through the camp killing scores of children, including Jwan’s son.

All the women in Dibs lived in constant fear that they would be executed. Jwan saw many green buses visit the camp to ferry women and children away each week. She suspected the women and children they carried would be shot dead. Only the very young were allowed to stay behind with their mothers. After six months, it was Jwan’s turn.

It has been 20 years now but our hearts are still broken. We are awaiting death because we can’t enjoy life anymore

She and fellow inmates were driven to Tikrit where they were held for approximately 10 days. All were stripped of their remaining possessions and then loaded into large, airless vehicles with blacked-out windows. Jwan feared the worst. She and the remaining captives were driven away and then, unexpectedly, set free in Kurdistan under an amnesty marking the end of Anfal. They had survived, but only just.

She later learned that all her close relatives had died during Anfal with the exception of her elderly father.

‘No one was left of all those lovely sisters and brothers,’ says Jwan. Without husbands, life was tough for all the women and they survived by doing manual labour. ‘We had no houses and no sheep. Nobody had tractors. We had nothing. We even didn’t have a dress to wear.’

Because they were ‘Anfal women’ without men to protect them, they were ostracised by the local community. But a local NGO intervened and helped 10 or 12 of them rebuild their houses in Mahabaram. They were paid for their work and given a few goats and basic provisions. They spent 12 years in the village before drought forced them to leave for nearby towns.

‘There were no jobs, no rain, no water to drink,’ says Jwan. ‘It has been 20 years now but our hearts are still broken. Life is still going on, but we are awaiting death because we can’t enjoy it any more. We are still suffering and living a terrible life. We have a house and we have been given a piece of land, but what can I do with a piece of land now?’

Mahabaram village is located in the Garmiyan region. In 1988 the village was destroyed by the Iraqi army during its Third Anfal operation.