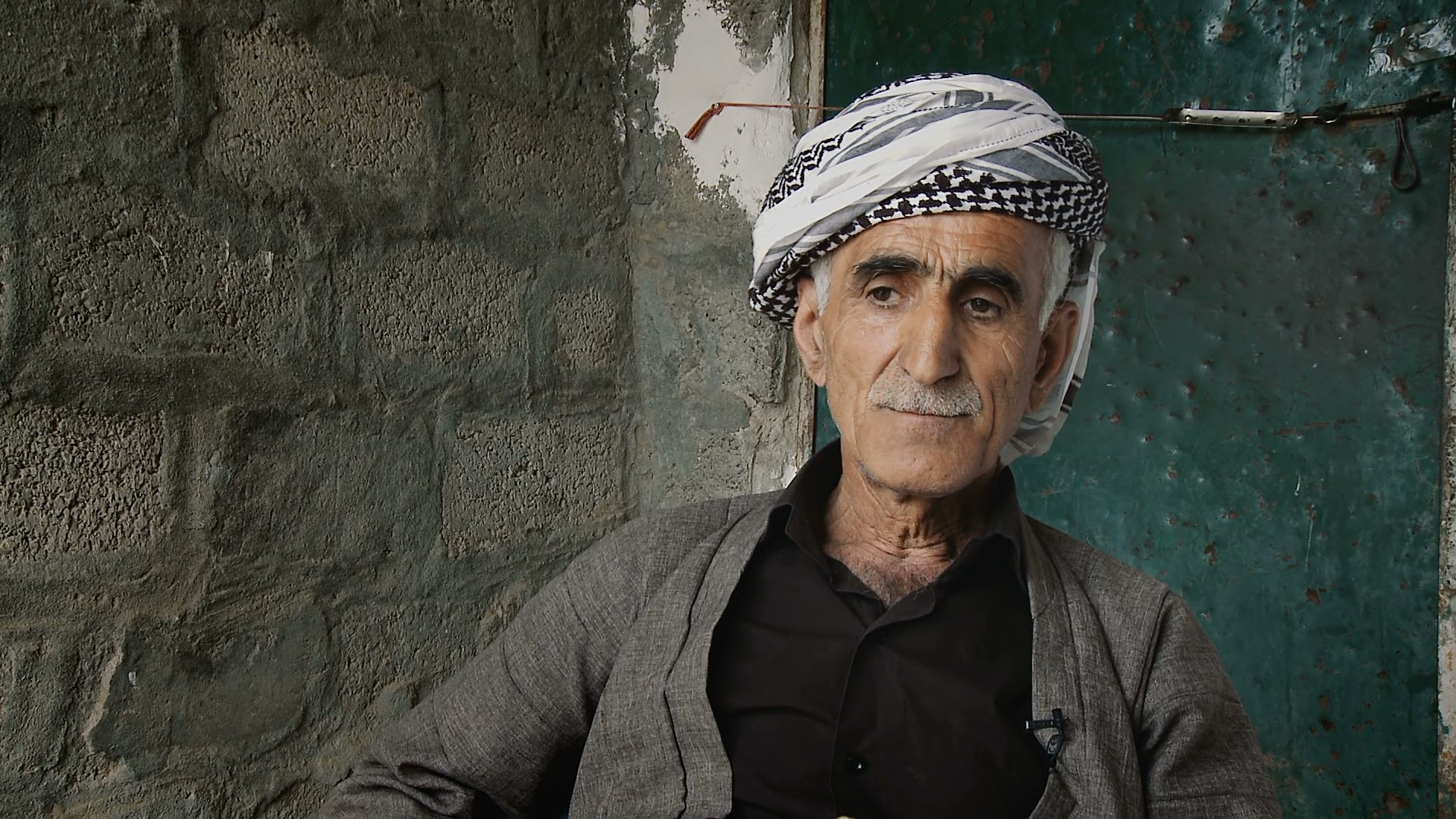 In early March 1988, Patriotic Union of Kurdistan (PUK) strongholds in the Jafati valley in eastern Kurdistan were evacuated in the face of a punishing poison gas onslaught by the Iraqi army.

Thousands fled in panic towards the 3,500m high Zagros mountain range bordering Iran and risked everything in their attempts to reach safety. Heavy rain and severe snow–storms added to their misery.

Khidir Musa Mohammed, then 31, had fought a desperate rearguard action with his unit east of the Dukan Dam for almost two weeks before being ordered to withdraw. His family were in Kanitu, a village in the Zagros foothills and he headed there hoping to establish a final defensive line. But people panicked when they heard – wrongly as it turned out – that the Iraqi army was near, and fled for their lives.

There were three escape routes, the most difficult across the Kalki Kanitu mountains heading north towards Iranian lines. This is the route which Khidir chose and, because of the snow and extreme cold, the most dangerous.

“She’s dead,” they said. “Leave her or you will die yourself”

With heavy rain giving way to blizzards, Khidir moved slowly up into the mountains with his two sisters, his brother-in-law and his four sons, and scores of fleeing peshmerga and civilians. He carried one of his nephews, Hunar, on his back across chasms and slippery mountain passes. Visibility was poor and it was bitterly cold.

‘Our bodies were freezing and icicles hung from our faces,’ says Khidir. But the foggy conditions meant at least they felt safe from the Iraqi army, which they were sure was in the valley below.

Khidir slithered down into a canyon but managed to halt his fall without breaking any bones. The treacherous conditions slowed their progress and the cold took its toll. His companions drew his attention to the small boy on his back. ‘He’s been dead for nearly four hours,’ one said. Khidir wanted to carry his nephew’s corpse with him to Iran but was persuaded to leave it behind in the mountains.

Four or five young children who had also died of cold had been laid to rest in a cave nearby and Khidir placed his nephew’s body next to them.

Avalanches occurred without warning, and one of them swept his sister Aisha away. Khidir’s companions begged him not to risk his life by trying to reach her where she lay at the bottom of a chasm.

‘She’s dead,’ they said. ‘Leave her or you will die yourself.

Ignoring them, Khidir climbed down to his sister and found she was alive but unable to stand. He carried Aisha on his back to the mountain track above and then dragged her on a piece of sacking towards an abandoned cottage. Using the same method, he helped a Kurdish friend rescue his pregnant wife. But when he returned to his sister found she had died where he left her. Khidir then witnessed other scenes of horror.

‘I saw people standing there as if alive but actually frozen to death. I saw another sitting there who looked alive but was a corpse. There were a lot of people who died like that,’ he says.

Khidir had lost contact with his brother-in-law, his two remaining children, and his other sister in the mountains but later met up with him in a small hut called Barda Kasha. He was exhausted and could hardly speak.

Asked where his children were, his brother-in-law replied, ‘I don’t know. I don’t know.’ Khidir left the hut that night to search for them but could find no one.

He eventually reached Baneh in Iran after being bombed on three occasions, twice with poison gas. He joined the Kurdish uprising in 1991 but returned to Iran when it collapsed. Khidir finally returned home to Kurdistan in 2004 after Saddam’s defeat in the Iraq war.

Kanitu is located in the Jafati Valley very close to the Iranian border. When the valley was attacked in 1988 the villagers fled over the mountains to Iran.