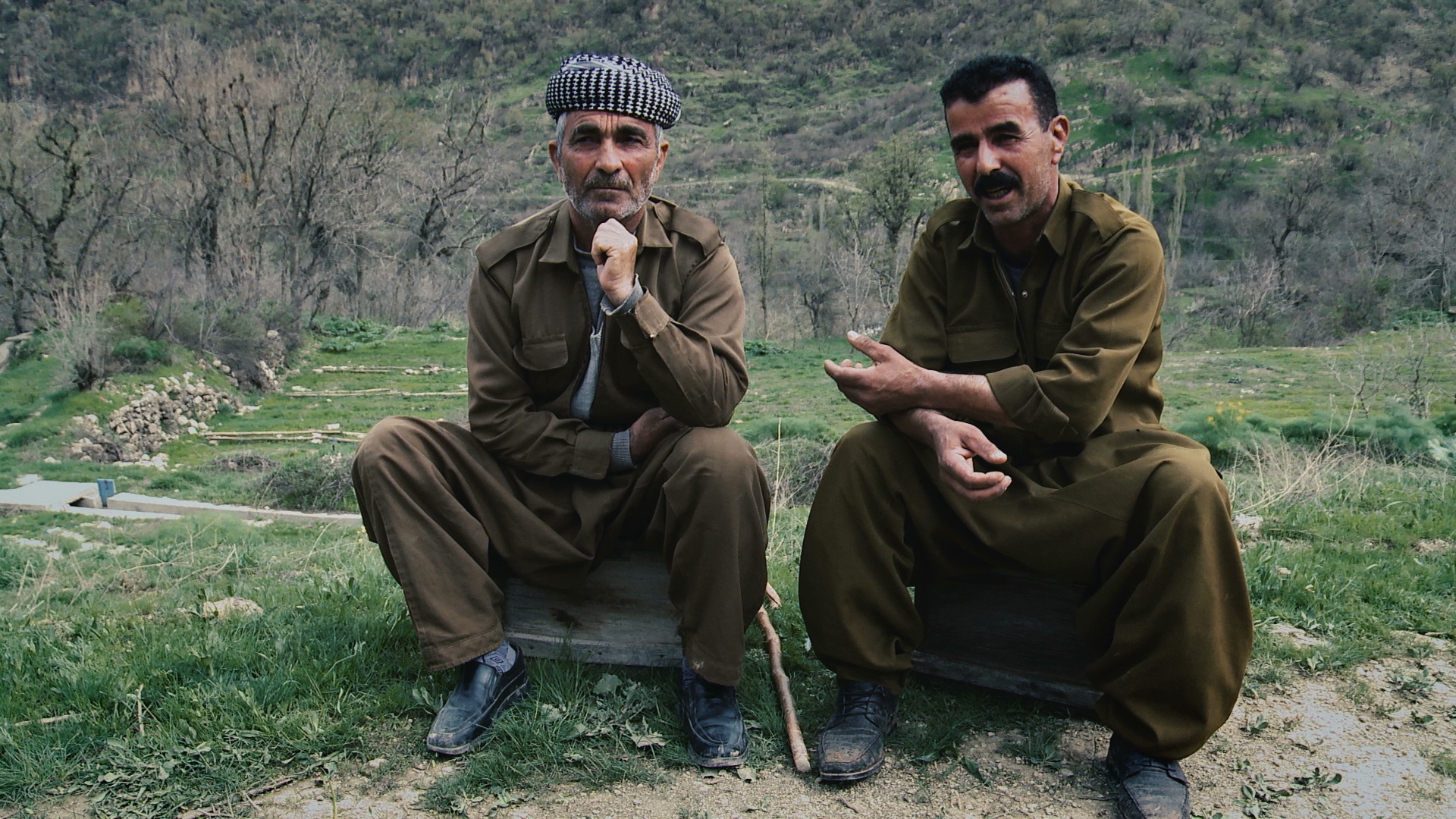 The Iraqi army launched a poison gas attack on Guze village as guests gathered to celebrate a traditional Kurdish wedding high in the Gara mountains.

The attack on 28 August 1988 came as a terrifying surprise. ‘We’d brought the bride here on horseback,’ says Younes Mohammed Ali, the groom’s father. ‘Then the bombs dropped and we all became dizzy.’

The Iraqis attacked up to 30 villages south of the Turkish border within an hour and Guze was the worst hit, according to Younes. ‘All the chemical bombs were different: some small, some large, some exploded, some not. Thank God the big ones didn’t detonate.’

The campaign was directed against the stronghold of Masoud Barzani’s Kurdistan Democratic Party (KDP) in the Bahdinan region, and launched just weeks after the end of the Iraq-Iran war. It was known as the Eighth and Final Anfal.

One of the bombs exploded about 500 metres upwind from Saleem Hasan Saleem. He inhaled its yellow smoke, and immediately suffered respiratory and hearing problems. He ran to a nearby well to wash the toxins off his skin.

The next day the bride and groom fled to Iran; her father and his relatives stayed behind with Younes to assess the damage.

‘We searched the whole village to see who was dead and who was alive,’ says Younes. ‘The effects of the gas were devastating. It killed all the livestock. Those who survived suffered eye irritation and breathing difficulties.’

About 100 families abandoned Guze and sought refuge in mountain caves which they sealed with rocks and blankets to stop the gas seeping through.

Younes reached Shironeh village nearby and saw a man he knew lying next to his horse in a field. ‘He had no visible wounds but he and the animal had been killed by the gas.’

Carrying his small children on his back, Saleem Hasan Saleem fled to Sergaleh valley.’ I had to flee Guze leaving everything behind,’ he says. ‘We barely escaped with our lives.’

Walking at night, Saleem headed towards Turkey with his family and knew he could not surrender to the Iraqis because he was certain he would be shot. ‘On the way, I saw dead people, animals and birds,’ he says.

As Guze villagers waded through an icy cold river, Saleem jumped into the water to help his relatives. The current was strong and as he tried to help 30 families cross, he soon became exhausted. ‘I forgot how cold it was,’ says Saleem. ‘I was numb.’

Saleem, still feeling the effects of the gas, let his own children cross the river last. When the mule, which was carrying his baby in a panier basket on its back, struggled to get a foothold he decided he would have to abandon his own child.

‘I grabbed him from the basket intending to throw him into the river,’ says Salem. ‘But my wife snatched at the baby’s hand and screamed.’

A relative watched the drama unfold in the water from the other riverbank and raised his AK-47 to his shoulder.

‘Sadiq aimed his gun at me and shouted, “If you drop the baby, I’ll shoot you dead.” It stopped me in my tracks because I knew he’d do it. I slowly put the baby back into the panier,’ says Saleem.

The river was deep and the water crept up to the baby’s neck as the mule fought to keep its footing. But the animal finally managed to cross safely on to the other bank.

My baby son is now a grown man. Thank God he survived. Sometimes he asks how I had the heart to think to throw him away. I tell him, “I lost hope”

‘That baby is now a grown man and has finished school,’ says Saleem. ‘Thank God he survived. Sometimes he asks how I had the heart to throw him away. I tell him, “I lost hope. At the time, I’d have been happy if just one of you had survived.”’

Saleem, however, was not the only one to consider abandoning his children. With no food, people were desperate. ‘A group passed us and one woman I knew was carrying a baby,’ says Saleem. ‘She put it down next to a bush and left. My mother picked up the baby which smiled at her.’

‘An hour later we reached Kafleh,’ says Saleem. ‘We saw the same group and the baby’s mother asked if the child was hers. We gave her the child and she walked off.’

Turkish soldiers initially stopped people from Guze crossing the border but then relented and allowed 500 to 600 from the Gara region through, including Saleem and Younes and their families. Some 60,000 Kurds eventually entered Turkey.

In all, Guze lost 99 people during Anfal.

Guze village is situated in Iraqi Kurdistan, north of the Greater Zab River. The village was attacked with chemical weapons in August 1988.