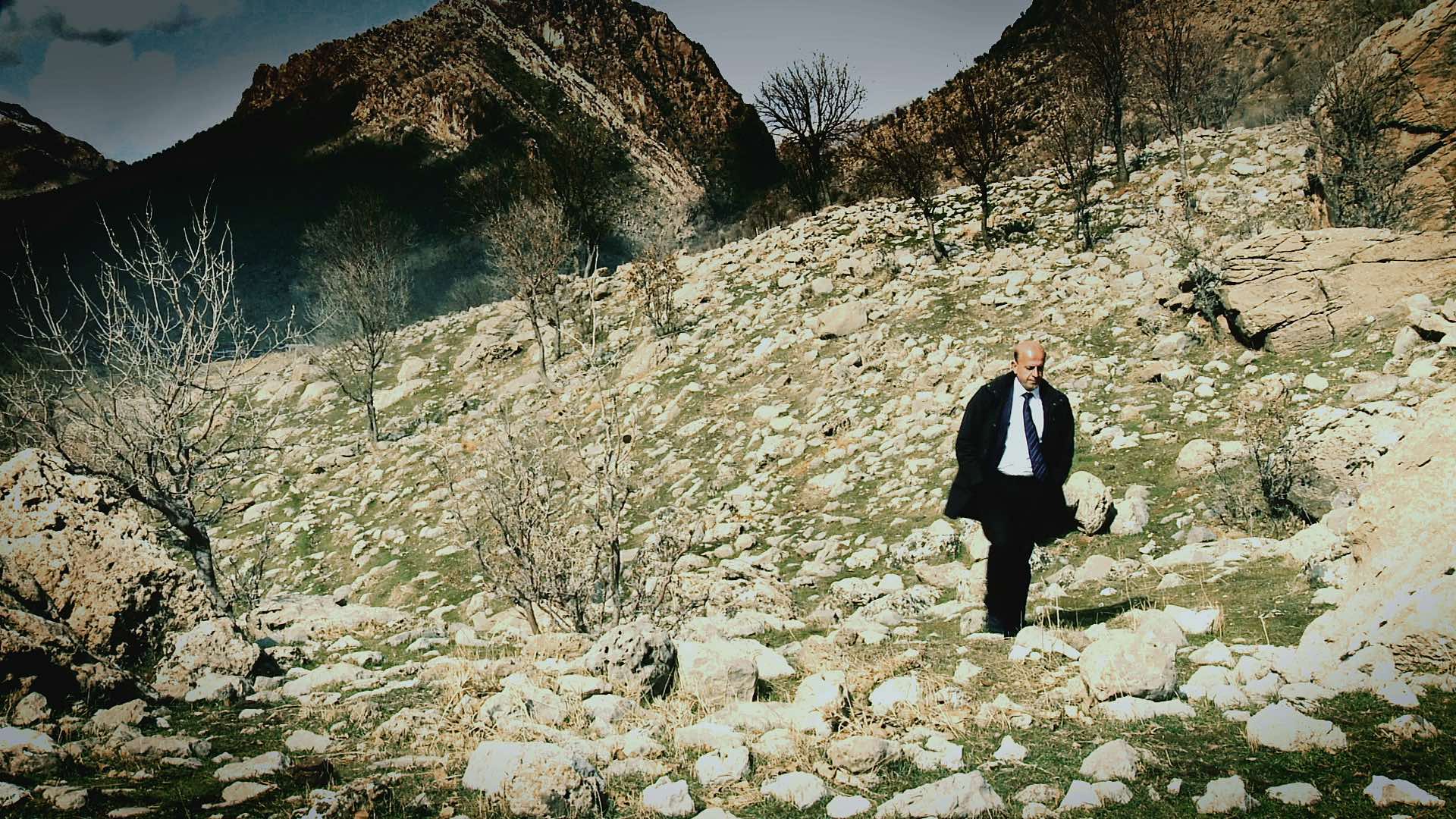 Shorsh Haji Mustafa Rasool, a senior Kurdish intelligence officer, was woken a few hours after midnight by the sound of rockets exploding around the Patriotic Union of Kurdistan (PUK) headquarters in the Jafati valley.

The bombardment on 23 February 23rd 1988 lasted about two hours and when one of the projectiles scored a direct hit on his small mud house, he feared the worst. He braced himself for an explosion but it never came.

‘We all breathed a deep sigh of relief and I thought “Thank God we’ve been saved,”‘ says Shorsh.

As a defence against poison gas, he had covered his windows and doors with polythene. But just how narrow his family’s escape had been became clear when he went outside to inspect the damage next morning. The rocket had struck the corner of his home and failed to detonate.

Why did the international community not say anything about Anfal?

It was a lucky escape for Shorsh Haji but also fortunate for the Kurds as a whole because of his painstaking later work in documenting Anfal at a time when the outside world wanted to ignore what had happened in Kurdistan.

The bombardment of the PUK headquarters in the Jafati valley marked the beginning of Saddam Hussein’s Anfal campaign to annihilate Kurdish resistance to his rule. It went unnoticed by foreign governments.

Within days, the order was given to evacuate the main PUK base as snowstorms hit the Jafati valley and the nearby Zagros mountain range. Shorsh headed through blizzards to Iran.

There he discovered that no one knew about Anfal, even though most of Kurdistan’s villages had been levelled and thousands of people killed.

He realised then that just experiencing Anfal was not enough: hard evidence was required to prove serious human rights violations had been committed against the Kurds and that Saddam Hussein was a war criminal.

In 1988 and 1989, Shorsh Haji began interviewing Anfal survivors in Iranian refugee camps and collating the data.

He rapidly produced a report based on the evidence he gathered which was published by the PUK in 1989 and which proved the case for genocide against Saddam Hussein beyond reasonable doubt.

Shores Haji estimated that Anfal had claimed the lives of more than 100,000 Kurds and that the Iraqi army had destroyed a total of 3,839 villages and towns in Kurdistan.

After his report was published, Shorsh Haji worked as a researcher for Human Rights Watch in the USA. He later left the PUK for Gorran, another major Kurdish political party.

The Jafati valley near the Iranian border was the site of the main headquarters of the Patriotic Union of Kurdistan (PUK) in the late 1980s. In February 1988 it was attacked with chemical weapons, signalling the beginning of Saddam's Anfal campaigns against the Kurds.