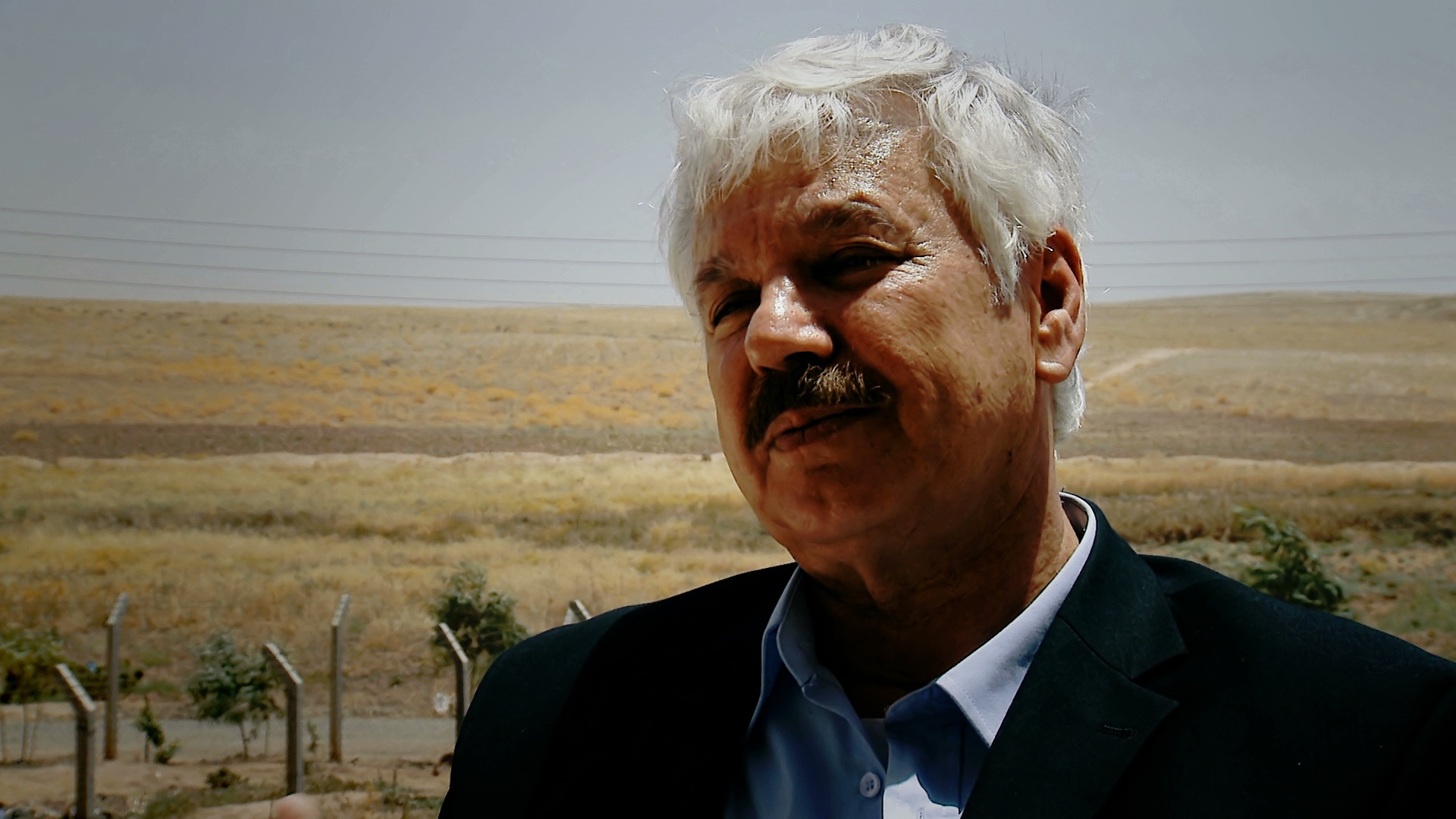 In June 1963 Kurds and Arabs fought a pitched battle in and around a graveyard in Qara Dara village, near Kirkuk.

Iraq’s National Guard, who had been recruited from nearby settlements, tried to take over Kurdish villages in the Dibs area and Qara Dara was their first target.

This area was predominantly Kurdish but the Ba’ath party wanted to ensure its undisputed control over one of the world’s richest oil reserves.

‘The Arabs were camping in the graveyard and firing at people,’ says Arras Abdullah Mohammed, a Kurd who was living nearby with his parents.

‘They killed one and injured another,’ he says. ‘It was afternoon and everyone armed themselves with guns, knives and pieces of wood. They tried to stop Arabs stealing their livestock.’

‘For two days, there was smoke everywhere, and our places were burned down,’ he says.

Kurdish families from the area fled to the mountains. Meanwhile, Arab settlers were brought in from the south to take over their farms. The Kurds were briefly allowed back in 1970 after the Autonomy Agreement was signed by Kurdish leaders and the Iraqi regime. Yet they were forced out again after the collapse of the Kurdish uprising in 1975.

‘To this day it’s Saddam’s law which prevails. To this day this land has not been returned to its original owners,’ says Arras. ‘Officially this land remains confiscated.’

After Saddam’s defeat in the 2003 Iraq war, many Kurds moved back to their farms but, although many possess the original title deeds, ownership documents issued to Arab settlers by the Ba’ath regime have yet to be annulled.

‘We really believe that if they could the Iraqi Arabs would reclaim the land saying it belongs to the government,’ says Arras.

To this day it’s Saddam’s law which prevails. To this day this land has not been returned to its original owners

Qara Dara is situated in the oil rich region of Dibs north west of Kirkuk. In 1963 the government tried to force the people in this area to leave their homes by sending in Arab settlers to attack them.