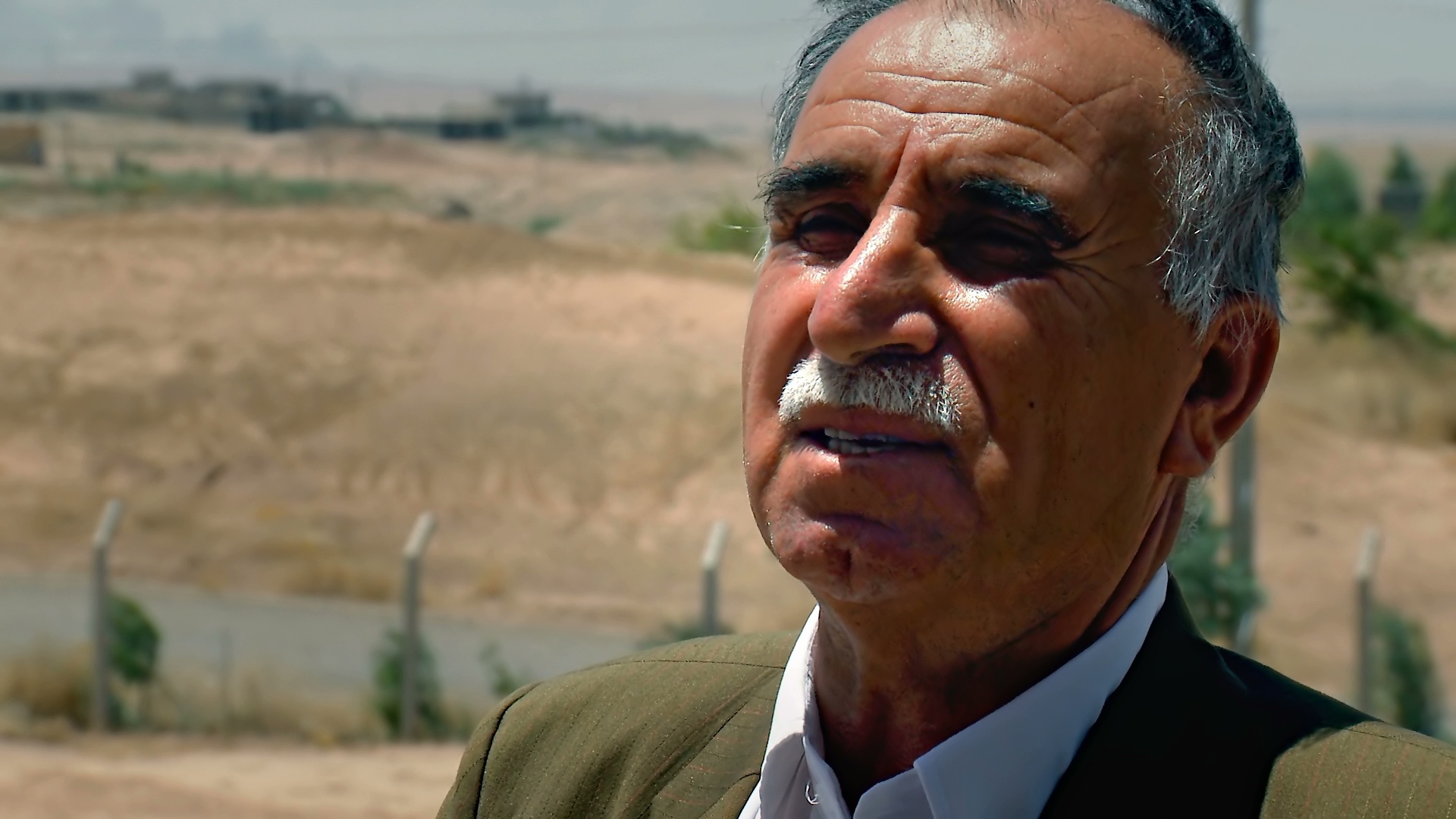 The Iraqis put the Arab settlers in my house with my family. What could we do? My family had to move out

The inhabitants of Qara Dara in Kirkuk province were caught by surprise when Arab militia backed by soldiers and tanks swept through their village in 1963.

‘They were armed with guns and ammunition,’ says Samad Karim Aziz, who witnessed the assault on his home.

Iraq’s National Guard had been mobilised by the Arab Socialist Ba’ath Party which briefly came to power in February of that year after overthrowing Brigadier Abdul Karim Qasim.

‘They attacked many times and arrested people including the village headman,’ says Samad.

Both men and women tried to fight back but on the second day the army was called in and overpowered the local people.

‘They burned down whatever they came across: houses, belongings, crops,’ says Samad. As night fell, villagers fled. ‘They abandoned all their possessions.’

Samad’s father and grandfather had lived in Qara Dara all their lives but all their livestock and their farms were lost. The Arab invaders seized flocks of sheep and killed one villager, Qadir Mohammed Ali, before seriously wounding another.

The local people were accused of supporting the Kurdish nationalists. The militia were determined to expel them from their farms in the oil-rich regions around Kirkuk so as to establish Arab control over this area.

The inhabitants of Qara Dara briefly returned home following the Autonomy Agreement between the Kurds and the government in 1970. But they were soon under pressure to move out again after the accord collapsed.

In 1975, after the Kurdish uprising against Baghdad failed, Arab settlers were moved in from the south of Iraq.

‘They brought Arabs from Kut,’ says Samad. ‘They put them in my house with my family. What could we do? My family, my uncle’s family and Qadir Mohammed moved out.’

Twelve families remained in the village, according to Samad. ‘They stopped us harvesting the crops. They told us,”Just leave.” So we left.’ The 12 remaining households left soon after one woman was killed by an Arab settler.

‘After the collapse of Saddam’s regime (in 2003), we returned to our village and we took back some of our lost lands,’ says Samad. ‘Now they say we are brothers but in the past when they had power, they expelled, looted and killed us. That is not brotherhood.’

The Arab settlers say we are brothers, but in the past when they had power, they expelled, looted and killed us

Qara Dara is located in the oil-rich Dibs region, near Kirkuk. In 1963 the Iraqi government asserted its control over this area by forcibly replacing Kurdish families with Arab settlers, a process known as "arabisation".