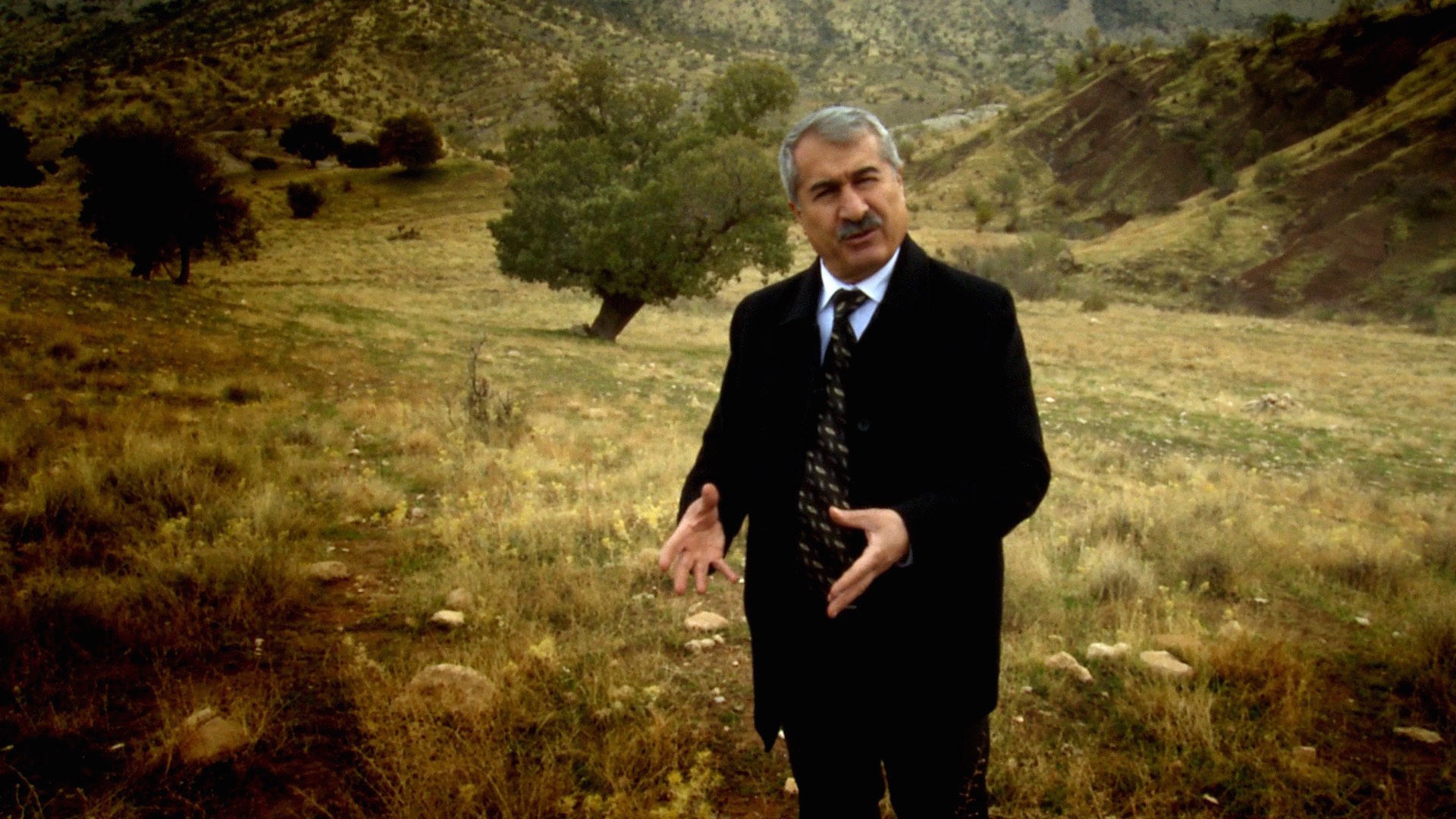 The Kurds’ war with Saddam’s regime during the 1980s came at a huge personal cost for Doctor Faiq Mohammed Gulpi, a senior doctor working for the Patriotic Union of Kurdistan (PUK).

Although starved of resources, Doctor Gulpi established a small but secret military hospital 30km due south of Sulaimaniya to serve PUK forces and villagers from the Qaradagh region.

Doctor Gulpi returns to the area where he set up the PUK’s mountain hospital in 1986. Unmarked on Iraqi military maps, it provided a secure sanctuary for hundreds of wounded Kurds.

The Kurds had no effective defence against poison gas apart from a few secondhand Iranian gas masks. Doctor Gulpi, however, printed leaflets which told villagers how to protect themselves against chemicals. These were distributed throughout PUK controlled areas and proved effective in providing basic civil defense.

The chemicals deployed against the Kurds would enter the bloodstream through inhalation, the skin or eyes, causing severe muscle constriction and sometimes death within minutes

Sewsenan village, near Doctor Gulpi’s hospital, housed a large peshmerga base and for weeks had been coming under sustained and ferocious attacks from Iraqi planes.

On 22 March 1988, Doctor Gulpi watched as the the Iraqis attacked again but this time he was sure they were not using conventional munitions. Clouds of smoke billowed up and he felt certain Sewsenan village was being gassed.The attack had been timed to coincide with evening prayers at the local mosque.

More than 60 villagers died in the chemical onslaught and two days later Sewsenan was razed to the ground by Iraqi aircraft.

The Sewsenan attack marked the beginning of the Second Anfal.

At his hospital in the Qaradagh region, Doctor Gulpi witnessed the aftereffects of these lethal attacks.

‘The Iraqis wanted to break the Kurdish spirit and our will to fight,’ he says. ‘That’s why they used chemicals.’

The chemicals deployed against the Kurds, often a mixture of mustard gas and nerve agents, would enter the bloodstream through inhalation, the skin or eyes. They caused severe muscle constriction and could cause death within minutes.

At the hospital, Doctor Gulpi worked hard to counteract the lethal chemicals Kurdish civilians were exposed to. With limited medical supplies, it was a difficult task. Atropine proved an effective antidote against nerve gas poisoning, but it was in short supply.

It soon became very clear to Doctor Gulpi that the Iraqi regime was intent on attacking not just the peshmerga but the wider civilian population as well.

‘Their aim was not only to defeat the Kurdish political parties but also to destroy the Kurdish people,’ he says. ‘If we look at the chemical attacks and Anfal, the Ba’athist regime targeted large villages in order to inflict the most deaths.’

If we look at the chemical attacks and Anfal, the Ba’athist regime targeted large villages in order to inflict the most deaths

During Anfal, chemical attacks were timed to cause maximum devastation. They were normally launched in the evenings when people were at home and gathered together at mealtimes.

These unconventional weapons killed not only people but livestock as well. Fields were contaminated and crops ruined. Poison gas destroyed morale and delivered a severe blow to the peshmerga all over Kurdistan.

Doctor Gulpi recalls how numerous members of his own family fell victim to Iraq’s political violence. His father died fighting the central Iraqi government in the 1960s and his other brother was killed in 1981 during fighting between the main Kurdish parties.

His mother and another brother disappeared in March 1988 during the chemical attack on Halabja. He searched for them in the Iranian refugee camps near the border. But a friend confirmed that he had seen them both die.

Of his immediate family – his parents and three brothers – only he and one brother survived.

Sewsenan Village is situated in the Qaradagh region. In 1988 this area was attacked during the second phase of Anfal.