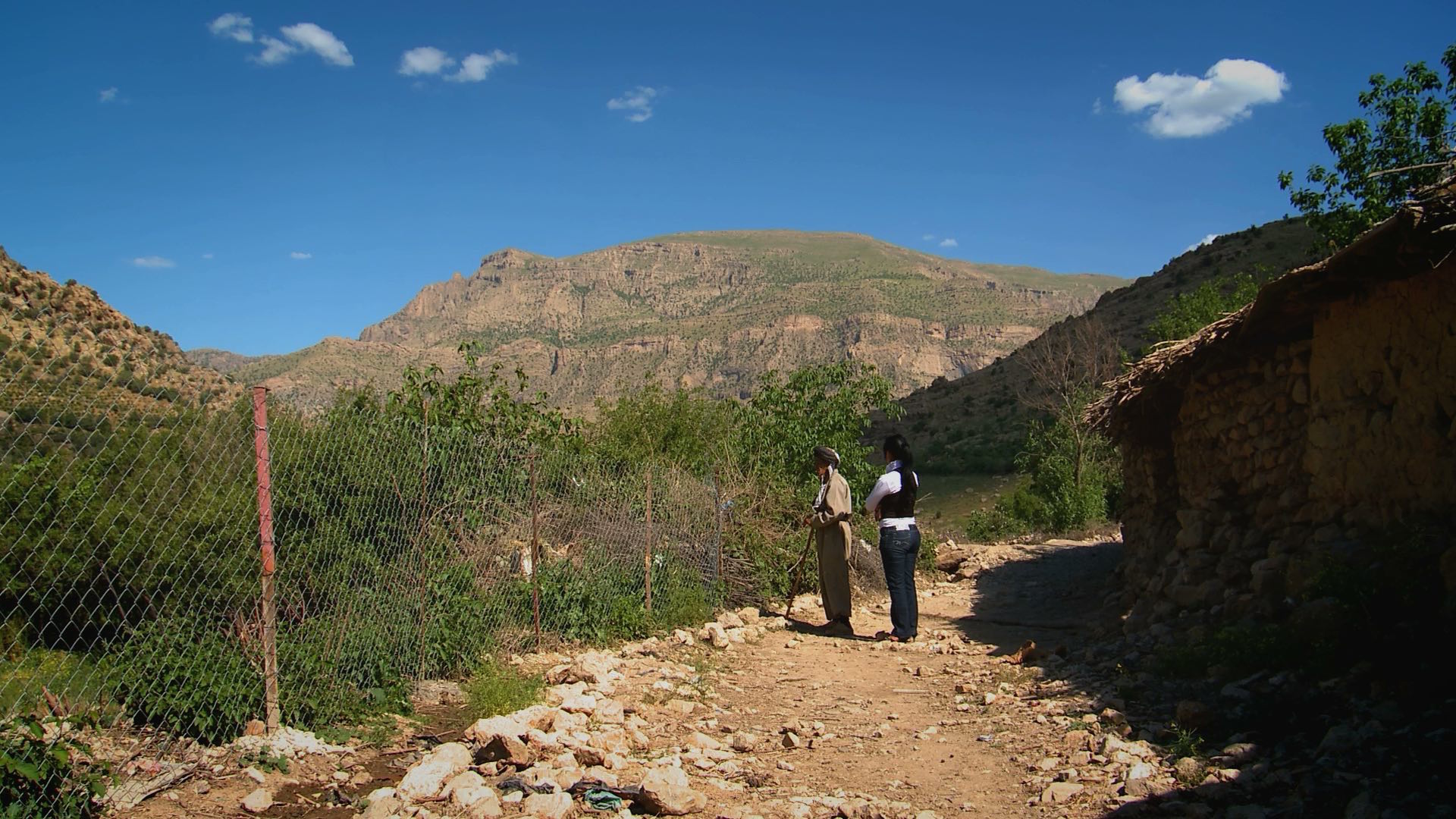 As the the Iraqi regime moved to cut support for peshmerga forces during the 1980s,
Kurdish civilians living in the rural areas of Iraqi Kurdistan faced an increasing risk of arbitrary arrest and imprisonment.

Iraqi checkpoints detained people at will and accused them of collaborating with Kurdish forces with little or no evidence. Suspicion could lead to lengthy prison terms and living in areas frequented by Kurdish partisans was regarded as proof of collaboration. Villagers were routinely regarded as “saboteurs.”

‘The Iraqis used to say that people in your village are all peshmerga. Even your donkeys are peshmerga,’ says Hamad Amin Mohammed, a farmer from Haladin , a village 40 km north of Sulaimaniya.

Hamad had been a peshmerga for 12 years until the Kurdish uprising collapsed in 1975. Disillusioned by infighting amongst the Kurds which led to the deaths of many young people, he quit the movement and became a farmer.

Threatened with execution, he was badly beaten and then sentenced to 15 years in the notorious Abu Ghraib prison close to Baghdad

‘I told them I wasn’t going to kill my brothers,’ he says.

Stopped at an Iraqi checkpoint in 1982 while driving his tractor, he was taken to Sardar military compound in handcuffs and held for 25 days. He was accused of transporting sugar, tea, bread and blankets to the peshmerga over a six-month period. Threatened with execution, he was badly beaten and then sentenced to 15 years in the notorious Abu Ghraib prison close to Baghdad.

Hamad says he was given no opportunity to defend himself at his trial which lasted 11 months. ‘They didn’t even ask me to speak.’

Hamad was freed in 1986. On his release, he returned to the Haladin area a peshmerga stronghold which had long supported the Kurdish resistance.

Hamad vividly recalls how squadrons of Iraqi helicopters and jets launched regular attacks on Haladin. To protect themselves, villagers built air raid shelters in the mountains which they camouflaged with branches and earth.

‘My area was hit by huge missiles which contained large containers which burned the land and the trees,’ he says. ‘Nothing grew there for three to four years.’

My area was hit by huge missiles which burned the land and the trees. Nothing grew there for three to four years

In all, Haladin was attacked by chemical weapons on three occasions between 1987 and 1988.

In the final attack in late February 1988, the Iraqi airforce dropped about 20 to 30 bombs, destroying a school, a mosque and a hospital.

In the chaos that ensued, Hamad was injured and separated from his family. This was to be the last time he saw many of them again. He lost eight of his 13 children during Anfal.