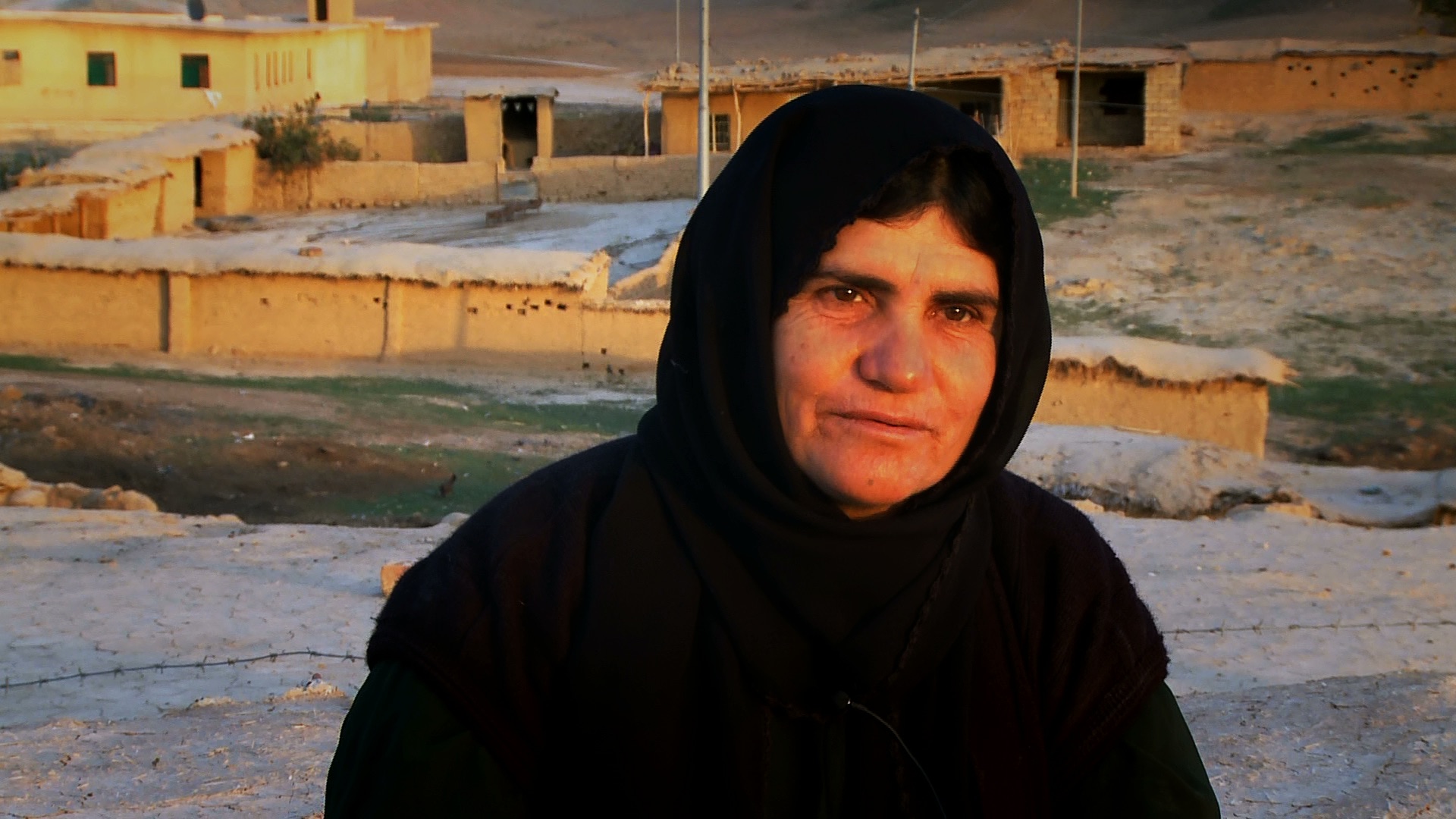 Just weeks after being captured by the Iraqi army, Miriam Rashid Mahmoud went into labour in Dibs prison. She was in an open hall, surrounded by her children and scores of other imprisoned females from surrounding villages.

‘A woman was using her dress to hide me and a few others were burning paper to provide more light for the birth,’ says Miriam. ‘I screamed all the time. I was holding my children in my arms because I felt shy in front of those women. The pain was stopping and starting. Some other women were giving birth too. Some had forgotten their own pain and were crying for me.’

‘We had no clothes for the baby and it was so cold,’ says Miriam. ‘I took off my jacket and used it to cover the baby. I was freezing and my mother was lying on me to keep me warm.’

Miriam had fled Kulajo in April 1988 with the rest of the village, taking her belongings including her furniture on the family tractor. Kulajo had been targeted because of its passionate support for the peshmerga and no one was more committed than Miriam. But the sacrifice she was about to make for the Kurdish cause was great.

We had no clothes for the baby and it was so cold. I took off my jacket to cover the child

All of Kulajo’s inhabitants were detained at the Milasura collection point nearby and then moved on to the Topzawa holding camp on the outskirts of Kirkuk. Guards stripped them of all their possessions and separated the women from their men. Miriam and the other female captives were then driven in six green vehicles to Dibs which is about 25 km northwest of Topzawa.

From there, she was transported to Nugra Salman prison in the southern desert with her mother, her sisters, cousins, aunts, their children and people from neighbouring villages.

As they drove into the prison complex at night, they saw the faces of male prisoners watching their arrival through barred windows which were illuminated by the vehicles’ headlights. All of them were desperate to hear news of their families’ whereabouts.

Nugra Salman was a place of extreme cruelty. Prisoners existed on a starvation diet and water was strictly rationed. Beatings were commonplace. One little girl had secretly visited her father who was being held in another hall and been spotted by a guard.

‘He tied her to a pole, and hit her over and over with a rubber truncheon until she lost consciousness,’ says Miriam. The women were beaten as they tried to get water for their children. ‘Everyone would run towards the water so it was every woman for herself because everyone was so thirsty. When the guards saw this they just hit us with their truncheons.’

Young prisoners from Halabja were badly treated as they tried to drink from the water buckets in the prison yard. A guard tied many of them to a pole and told two of his colleagues to beat them with truncheons.

‘They hit the boys so much that they lost consciousness,’ says Miriam

She witnessed many children dying of starvation in Nugra Salman. One woman, Asmar, lost three in one night. Miriam heard one of the children crying incessantly: ‘Mother, I’m hungry. Mother, some bread please.’ She gave Asmar some soup to help ease the son’s pangs of hunger. ‘But the child died anyway,’ she says.

Miriam saw so much hunger that she talked continuously about what she would eat when she returned home. ‘I said I would never stop eating. Whenever I got the chance, I would eat.’

The women were desperate for news of their missing men. When asked, one guard repeatedly said, ‘It’s over, it’s over,’ says Miriam. But when pressed, he added, ‘The wolf took your men. There’s no one left.’

The women began to lose hope that any had survived. The community spirit amongst the prisoners began to break down. ‘It was everyone for themselves,’ says Miriam. ‘No one helped each other.’

All the prisoners were granted amnesty in late 1988 and brought back to Sulaimaniya. Miriam eventually returned to Kulajo several years later – after fleeing to Iran in 1991 following the collapse of the Kurdish uprising.

‘When the few of us who were left came back and saw how empty the village was we broke down in tears. We thought we should never have come back’ says Miriam. ‘There’s not a single evening when I do not cry about it.’

Kulajo, a community of about 300, all related families, lost 117 people through Anfal.

Kulajo in the Garmiyan region is a farming community situated in the south of Iraqi Kurdistan. In 1988 the village was attacked during Saddam's Third Anfal campaign.