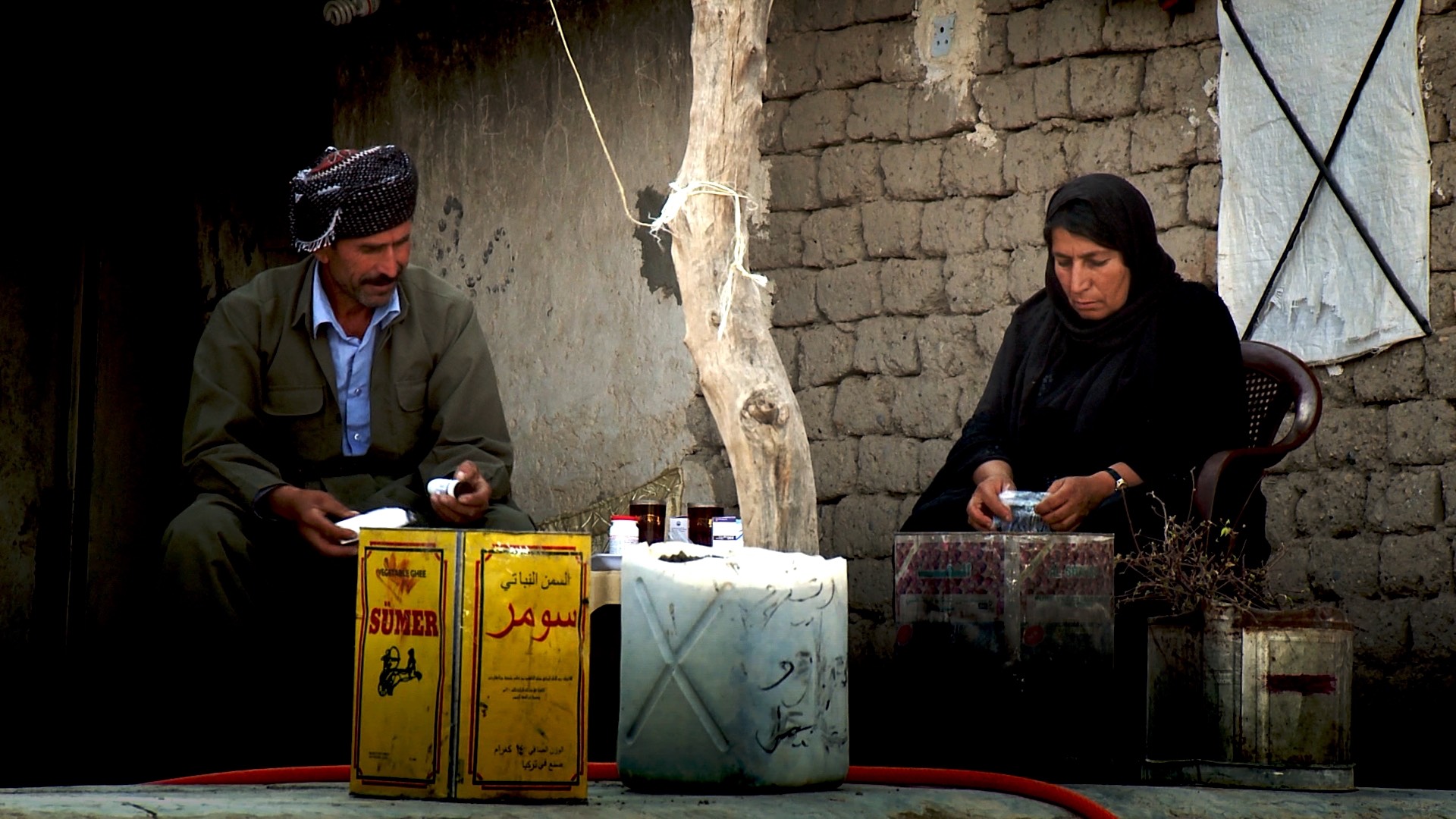 Iraqi planes struck just before sunset as villagers in Sheikh Wasan were preparing their evening meals.

It was 16 April 1987, and Adiba Awlla Bayiz’s husband, Sheikh Ali Mustafa, just back from working in the fields, was about to go to the mosque to pray. Her children were playing outside and her elderly uncle was sitting near them on the doorstep.

As the bombs began to drop, she screamed at the children to go to the shelter which her husband had dug as protection against the frequent air raids. When the planes disappeared, she emerged puzzled by the absence of smoke or fire from the bombs. Initially unconcerned, Adiba allowed the children to resume their games. But there was a strange and pervasive smell.

Shouts from her neighbour sounded the alarm and soon everyone was vomiting and bleeding from the mouth.

‘My daughter ran to me saying, “Mummy, my stomach and eyes are hurting,”’ says Adiba. ‘But she vomited on me immediately.’

Sheikh Wasan was one of the first civilian targets anywhere in the world to be bombed with poison gas, an attack that happened almost a year before the chemical bombardment of Halabja.

As Adiba and her family headed into the mountains leaving Sheikh Wasan far behind them, it began to rain. Help soon began arriving from neighbouring villages and the sick and elderly – many blinded by the mustard gas – were loaded on to tractors and carts.

‘There were about 30 of us on one tractor and we couldn’t see each other,’ says Adiba.

They were taken to Raniya hospital where they were treated and given food and clean clothes. But the next day Iraqi security guards detained them and said they would be treated at a military hospital. They were sent to a prison in Erbil instead. ‘We were detained for nine nights,’ says Adiba. ‘But it felt like nine years.’

Conditions in the prison were terrible. There were no prison doctors on call and the only medication available was provided by Shia prison guards who bought supplies in Erbil with their own money.

Even worse was to follow. The men from Balisan were loaded on to a bus, driven away and never seen by their relatives again.

We were detained in that Erbil prison for nine nights, but it felt like nine years

Those remaining, mainly the elderly, women and children, were trucked to Khalifan, a Kurdish town two hours’ drive northeast of Erbil, and dumped at the roadside.

Fearing the villagers might be executed by Iraqi security agents, local people moved them to their own homes.There they were fed and clothed, and their wounds treated.

Adiba was eventually re-united with her husband whom she had last seen in Raniya. Badly burned in the chemical attack, he had been secretly treated by doctors in Sulaimaniya .

In April 1987 the people of Balisan fled a chemical attack on their village.