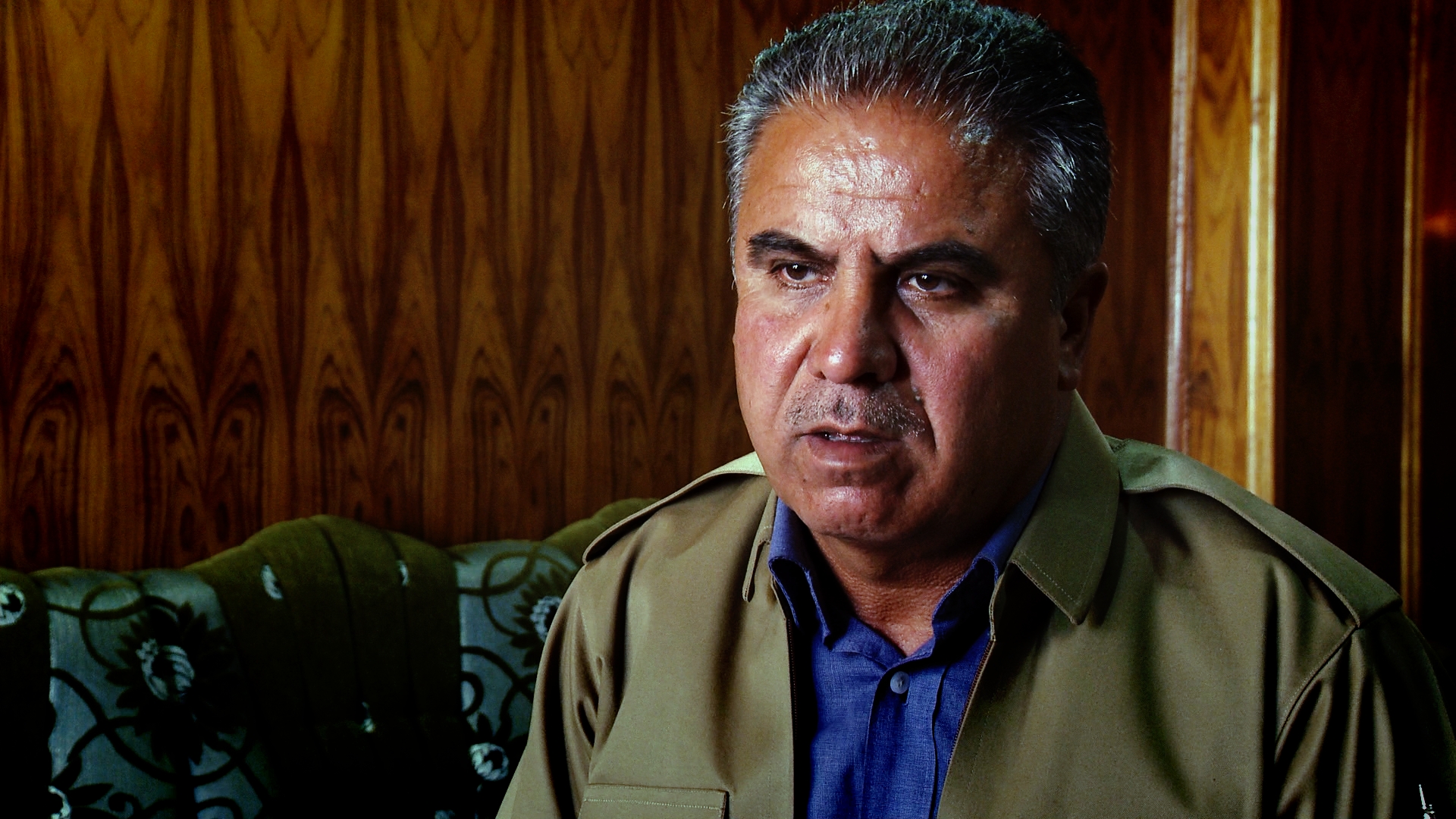 Ali Hawer Bako, a Yazidi peshmerga Kurdish fighter, lost 27 members of his family during Anfal. They had surrendered to the Iraqi government in September 1988, expecting to be freed under the terms of a general amnesty. Yet they disappeared without trace.

‘These 27 include my wife, five children, my three brothers’ families, my mother and two brothers,’ says Ali. ‘My youngest daughter was just 40 days old and the oldest, my mother, was 76.’

They almost certainly lie buried in unidentified mass graves. Ali and his two other brothers were the only survivors from the entire family. Yazidis who were members of the Iraqi Ba’ath Party escaped the mass killings suffered by the Kurds during the 1980s. But Ali, who took up arms against the Iraqi regime, knew he and his family could expect little mercy.

During the early 1960s Ali remembers many Yazidi villages being burned down because of their hostility towards the central government in Baghdad. He says his home located near the Iraqi-Syrian border was bombed by Iraqi planes in September 1961.

‘The Arabs looted us and took our cows and livestock, and they killed my uncle, Jebor Bako,’ says Ali.

Local Arab tribes sided with the Iraqi regime, taking the land of Yazidis while accusing them of being “devil worshipers”

Local Arab tribes who sided with the Iraqi regime and took over Yazidi land accused them of being “devil worshipers”. Their religious beliefs, even to this day misunderstood by Arab communities around them, had been a cause for the persecution of the Yazidis over the centuries.

From 1983 until 1990, Ali was a member of the Iraqi Communist Party and fought alongside its peshmerga guerrilla forces in the Kurdish mountains.

‘We launched many attacks against the Iraqis,’ says Ali. ‘Sixteen of my friends died fighting alongside me.’

But by the late 1980s the nature and scale of warfare in which they were engaged changed exponentially. The peshmerga had no defence against poison gas nor against the military juggernaut they faced in the Iraqi army.

When the Iran-Iraq War ended in early August 1988, Saddam Hussein concentrated all his forces in Iraq’s far north to crush the Kurdish peshmerga forces operating there. His military used poison gas across Kurdistan’s Bahdinan region forcing his enemy to retreat towards Iran and then blocking their escape.

‘On 25 August, planes, soldiers and jash (Kurdish militia who supported the Iraqi government) attacked us,’ says Ali. ‘We tried to escape to Iran but we couldn’t get out.’

‘We saw people running away, and smoke rising. We heard the planes and the bombs. We were stuck and surrounded, and realised we could be bombed at any moment.’

Without food, Ali’s family was starving and surrender seemed the only option. On 6 September, the Iraqis declared a general amnesty and the peshmerga families trapped in the mountains felt they now might at least escape death. ‘But the amnesty was a lie,’ says Ali.

His family walked towards government lines to give themselves up, unaware that the amnesty excluded Yazidi families. Ali had stayed behind, deciding at the last moment that the risk was too great. He joined other peshmerga hiding in the mountains.

‘The families were loaded on to military trucks and taken first to Nizarka Prison in Duhok,’ says Ali. Friends living nearby were able to visit his family but news about them dried up once they were moved to Salamiyah near Mosul to the west.

Ali escaped to Syria and a year later, when the Iraqi government issued another amnesty, he returned home to Khanke, an Iraqi government “collective town” containing about 450 Yazidi families. He surrendered, hoping to find his family alive, but could find no trace of them. Ali was told by officials that the amnesty did not apply to him and he was subsequently condemned to death. But he escaped from prison and fled to Syria.

In 1991 he returned home to Khanke yet again but by now the Iraqi regime had been forced to withdraw its army by the Coalition forces (drawn from nations including the United States of America, France, Saudi Arabia and the United Kingdom), having been defeated in Operation Desert Storm. Now certain that his family were dead, Ali remarried and had five more sons. Today Ali lives in Germany.

‘What’s past is history,’ he says. ‘But I have my life again. There’s a fire still burning inside us. My family is dead but I managed to save myself.’

An estimated 195 Yazidis, including peshmerga fighters and their families who sought refuge in the mountains, died during Anfal in the 1980s.

Khanke was originally a town set up by the government. It now has a large Yazidi community living there. In August 1988 Khanke was attacked during the final Anfal campaign.