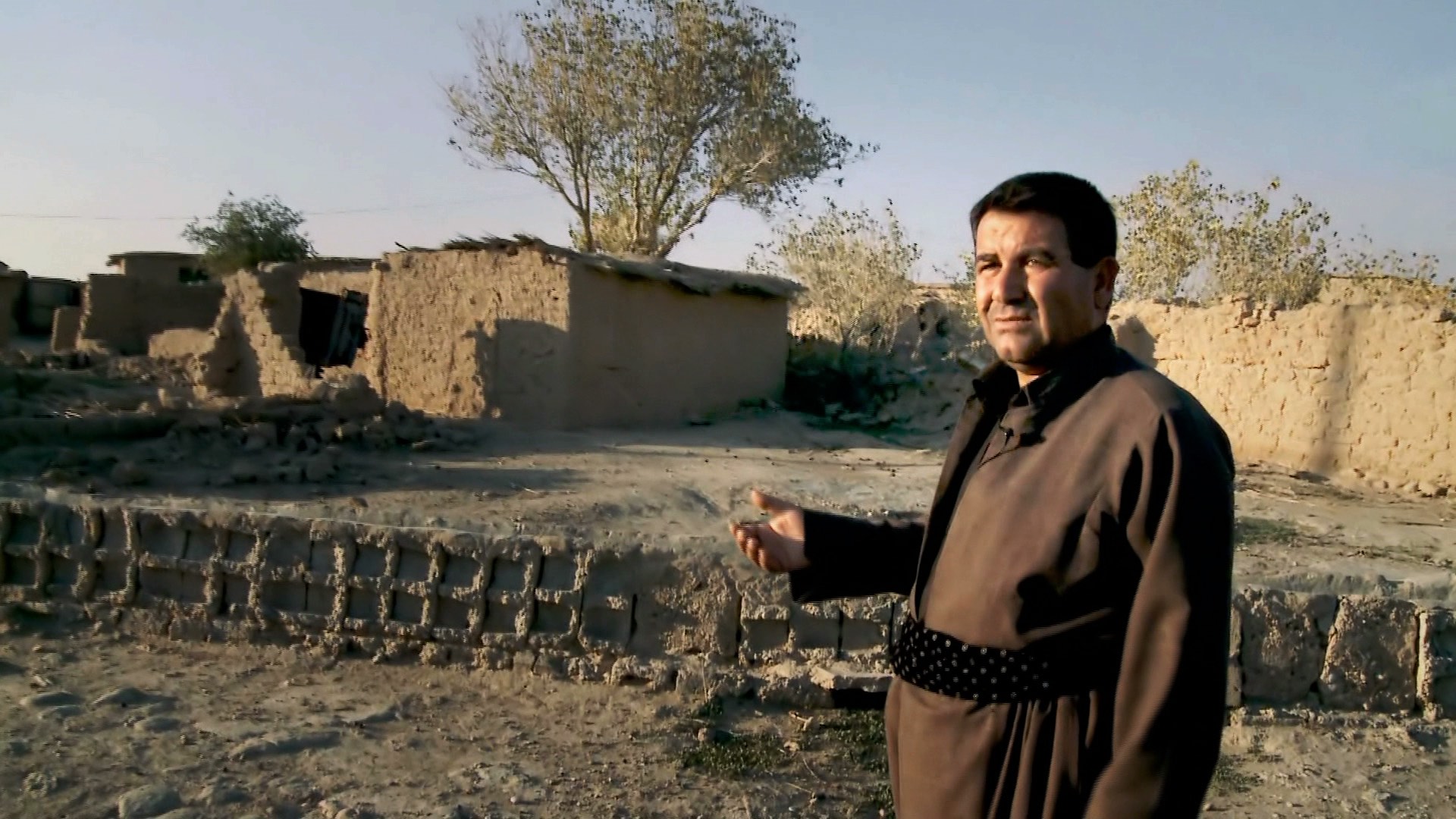 Osman Ali Aziz was one of the survivors from Kulajo village, located southeast of Kirkuk. Kulajo lost 117 of its 300 inhabitants in the space of six months.

During the 1970s, the village had a small school staffed by teachers sent by the Iraqi government. But in the 1980s the Iraqi teachers were replaced by Kurds attached to the Patriotic Union of Kurdistan (PUK).

‘We were all very happy with that situation,’ says Osman.

Osman joined the peshmerga, convinced that his family would be left in peace by the government, and that they could survive Anfal. But Kulajo and its school were destroyed in 1988 because of their strong support for the peshmerga.

Some of Osman’s relatives were transported to prison camps such as Nugra Salman in the southern Iraqi deserts whilst others were executed in remote areas and buried in mass graves.

Just one person from Kulajo survived the execution squads, a 12-year-old boy called Teimour. He lay amongst the corpses of his close relatives in an execution pit and pretended to be dead until it was dark, then escaped into the desert.

He was saved by a bedouin family who risked everything to protect him. If the Iraqi authorities had discovered they were hiding Teimour, their whole tribe could have been exterminated by Saddam Hussein’s secret police.

Osman Ali Aziz remembers how Teimour’s family home in Kulajo was destroyed in 1988. To him, the ruins of this house have to come to symbolise Kurdish suffering during Anfal.

If Iraqi authorities had discovered they were hiding Teimour, their whole tribe could have been exterminated by Saddam’s secret police

Kulajo village in the Gamiyan region strongly supported the peshmerga. In 1988 the region was attacked by government forces and men, women and children were captured and imprisoned by the Iraqis.