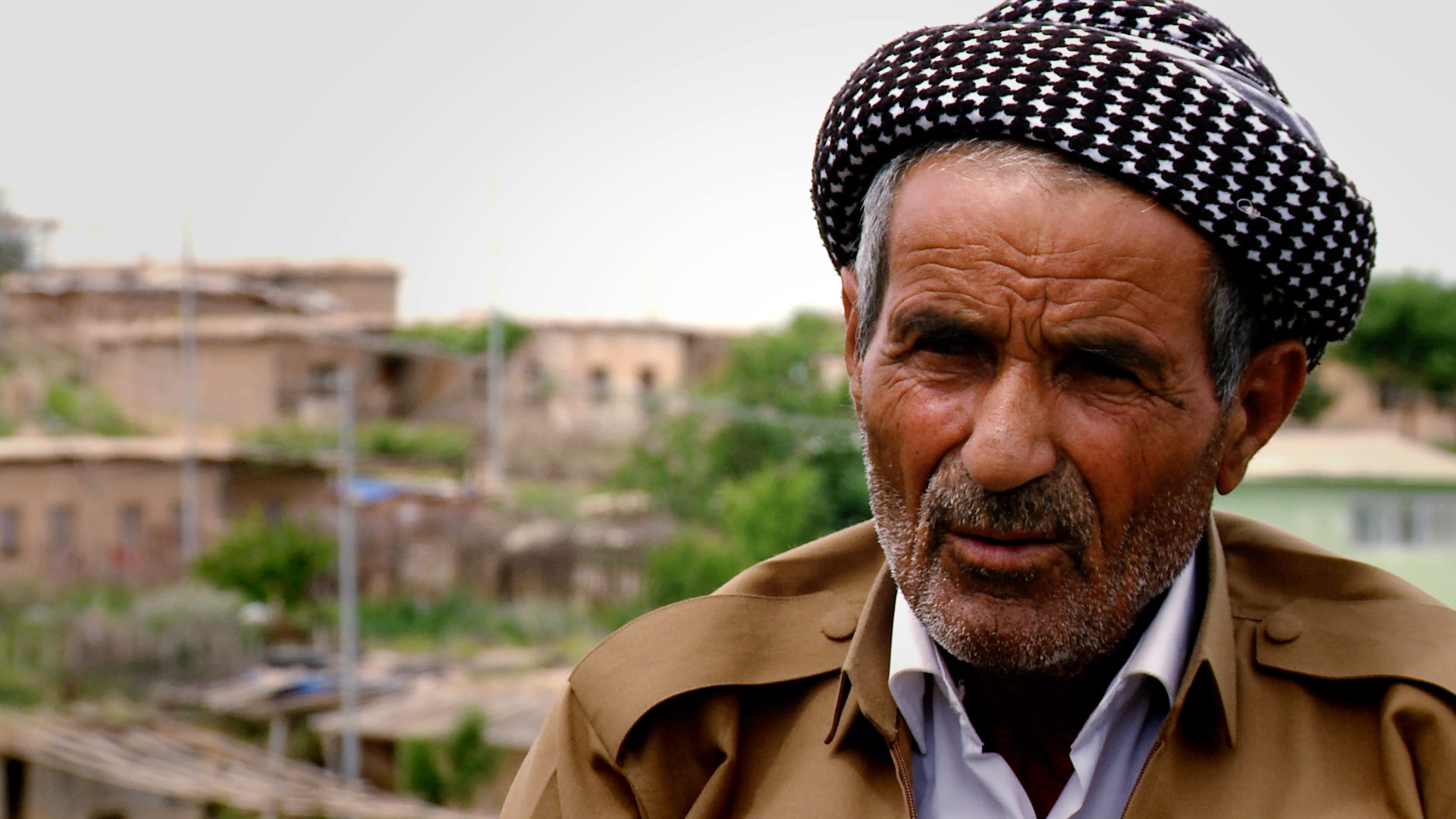 The launch of Iraq’s Final Anfal campaign came as a shock to villages in the Bahdinan region as a massive military juggernaut moved in their direction.

‘We had no idea Saddam’s army was going to attack us,’ says Ahmed Khalid Ahmed, a farmer who had lived in Yakmal Berkhabir all his life. ‘Suddenly all the roads were blocked and we just didn’t know what the government was up to.’

On 26 August 1988, Ahmed witnessed one of the first gas attacks in the region against a small village called Tika which was visible across the valley.

‘We saw Tika village being attacked with chemicals and we saw the bombs dropping,’ he says. ‘The next day people came from Tika and told us that 13 villagers had been killed. We panicked and didn’t know what to do. We thought it might happen to us as well. We were very scared.’

A few days later the army began attacking Yakmal Berkhabir and detaining villagers. Ahmed’s family was taken away but he and three other villagers evaded arrest by hiding in the countryside. When the army left, he returned home to a deserted village.

I sat under a tree wondering whether I should give myself up. But I knew they would have killed me. So I stayed in the village on my own

‘I was alone,’ says Ahmed. ‘I sat under a tree near the village wondering whether I should give myself up. But I knew they would have killed me. So I stayed in the village on my own.’

After 13 days, the Iraqi government announced an amnesty and Ahmed went to Duhok to surrender. He was briefly interned in the city’s Nizarka fort with other Anfal victims from Bahdinan – mostly old men. Ahmed was told that the women and children had been ‘taken away.’

He spent one night at the fort before he and elderly prisoners were driven by truck to the Baharka internment camp near Erbil. There he met up again with the women and children of his family.

‘There wasn’t any man there above 18 and below 60,’ says Ahmed. ‘Before Anfal 80 families lived in Yakmal. But then 80 men were taken from there, including my son and my brother. Until this day we have no news of them.’

After several years at the camp he was allowed to return home. ‘We are still farmers and life goes on,’ says Ahmed. ‘Those who are gone are gone and we remain.’

Before Anfal 80 families lived in Yakmal. Then 80 men were taken

Yakmal Berkhabir is situated in the north of Iraqi Kurdistan. The area was attacked in Saddam Hussein's Final Anfal campaign, which took place between August and September 1988.