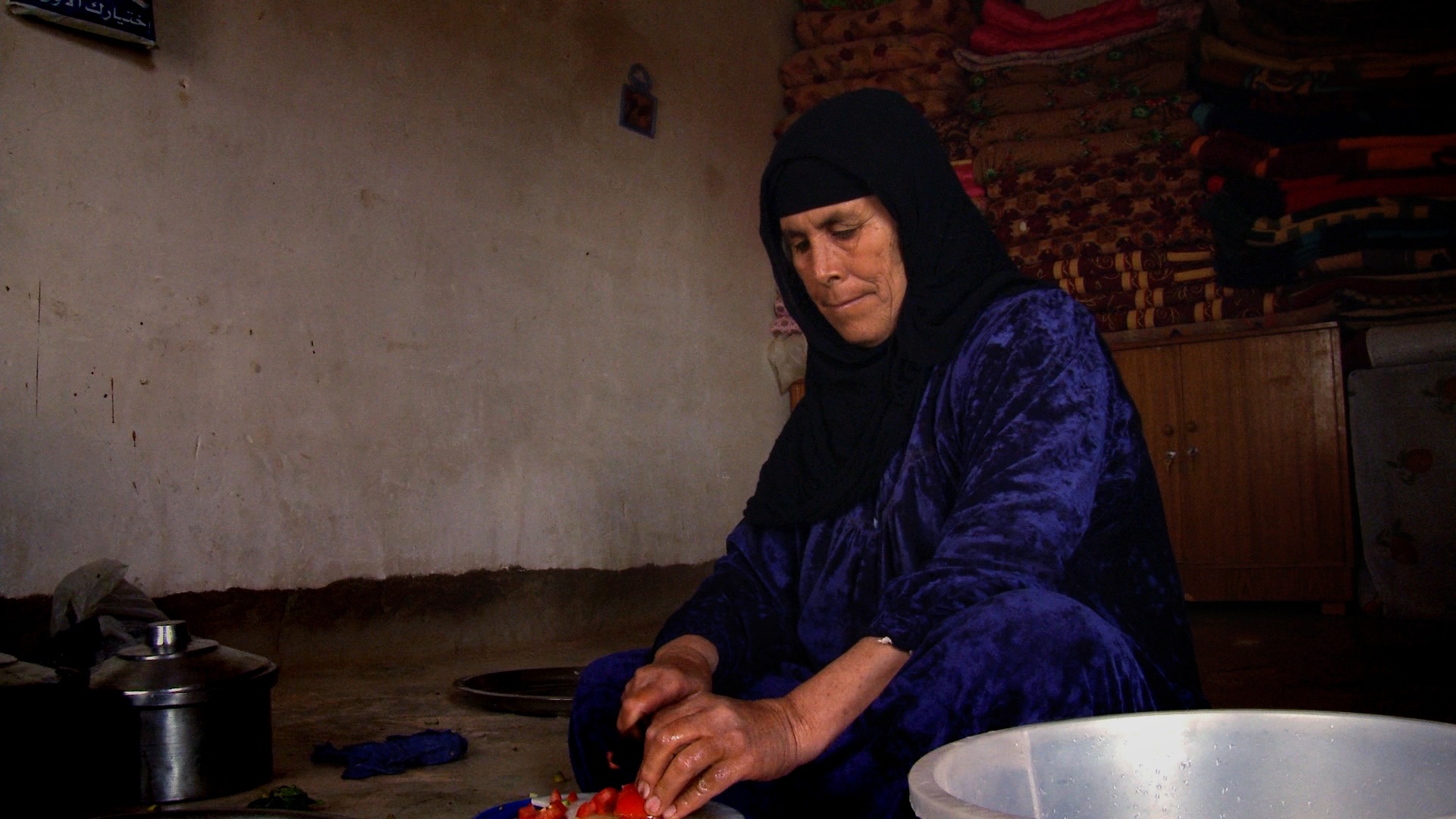 Semen Karim Raza, who was taken captive by the Iraqi army during Anfal, will never forget the last time she saw her husband at Topzawa prison camp on the outskirts of Kirkuk in April 1988.

Semen watched through the window as guards tied his hands behind his back with his headscarf, and he returned her gaze, his eyes bereft of hope. There were about 15 other men with him.

‘They were looking at us through the window because we’d been locked in. We couldn’t get close to them,’ she says. ‘We never saw them again.’

The captives, all from Mahabaram village in the Garmiyan region, had been held for a week in Topzawa after being captured heading to Chamchamal, on their tractors, 30 minutes drive east of Kirkuk.

They were victims of Saddam Hussein’s Third Anfal which led to the deaths of more women and children than any other part of his military campaign to wipe out rural Kurdistan.

Semen, 34, had fled in driving rain on board a fleet of tractors carrying all the families in Mahabaram. It was early morning, well before morning prayers, and she was travelling with seven children.

All the villagers were aware of the worsening military situation and just weeks before had watched Iraqi planes fly overhead on their way to bomb Halabja. Only later did they hear the town had been gassed, and because Garmiyan strongly supported the peshmerga they knew their turn would come soon.

“People said the government had become very hostile to the Kurds and wanted to kill them all,’ says Semen. ‘They said the army would attack different parts of Kurdistan from all directions on the same day.”

Her tractor convoy stopped at a checkpoint near Qara Timor village and then they spent days kept in an open field. It was raining and every woman was accompanied with children. ‘At night we had to lie on them to keep them warm,’ says Semen. ‘We were cold, hungry and didn’t have enough clothing.’

The captives were moved to Topzawa prison camp, and then to the women and children’s jail in Dibs, 20km northwest of Kirkuk.

Conditions at Dibs were slightly less harsh than Topzawa. Inmates were given basic provisions but medical facilities were primitive. The camp was hit by a measles epidemic which spread like wildfire and with no medical help the women were unable to treat their children.

‘Maybe 50 children died in one day,’ says Semen. ‘Their skin became dry and they died. One woman had three children with her, all died… One of mine died as well. My three sisters were in jail there and each of them lost a child.’

After about six months, Semen with other camp inmates was loaded into large buses with blacked-out windows and driven to Tikrit, an Iraqi town 120km south of Kirkuk.

The childrens’ skin became dry and they died. One woman had three children with her, all died, and one of mine died as well

They spent a week there expecting the worst. Guards stripped them of all their valuables and then, ominously, loaded them back on to the vehicles.

Names were registered and everyone was convinced their execution was imminent. Some vehicles drove off but others were delayed as officials checked the names of those onboard.

After several hours, everyone was ordered to disembark and the next morning heard they had been granted an amnesty. Semen and the other women from Mahabaram were finally set free in Chamchamal, but they went through difficult times without the protection of their husbands and children.

A local non-governmental organisation (NGO) later helped the women of Mahabaram rebuild their village, paying them wages and giving them each three goats. However, drought and a lack of paid work in the village has seen them move back out to larger towns nearby.

Mahabaram village is in the Garmiyan region in southern Iraqi Kurdistan. In April 1988 the government attacked this region with ground troops and captured fleeing villagers.