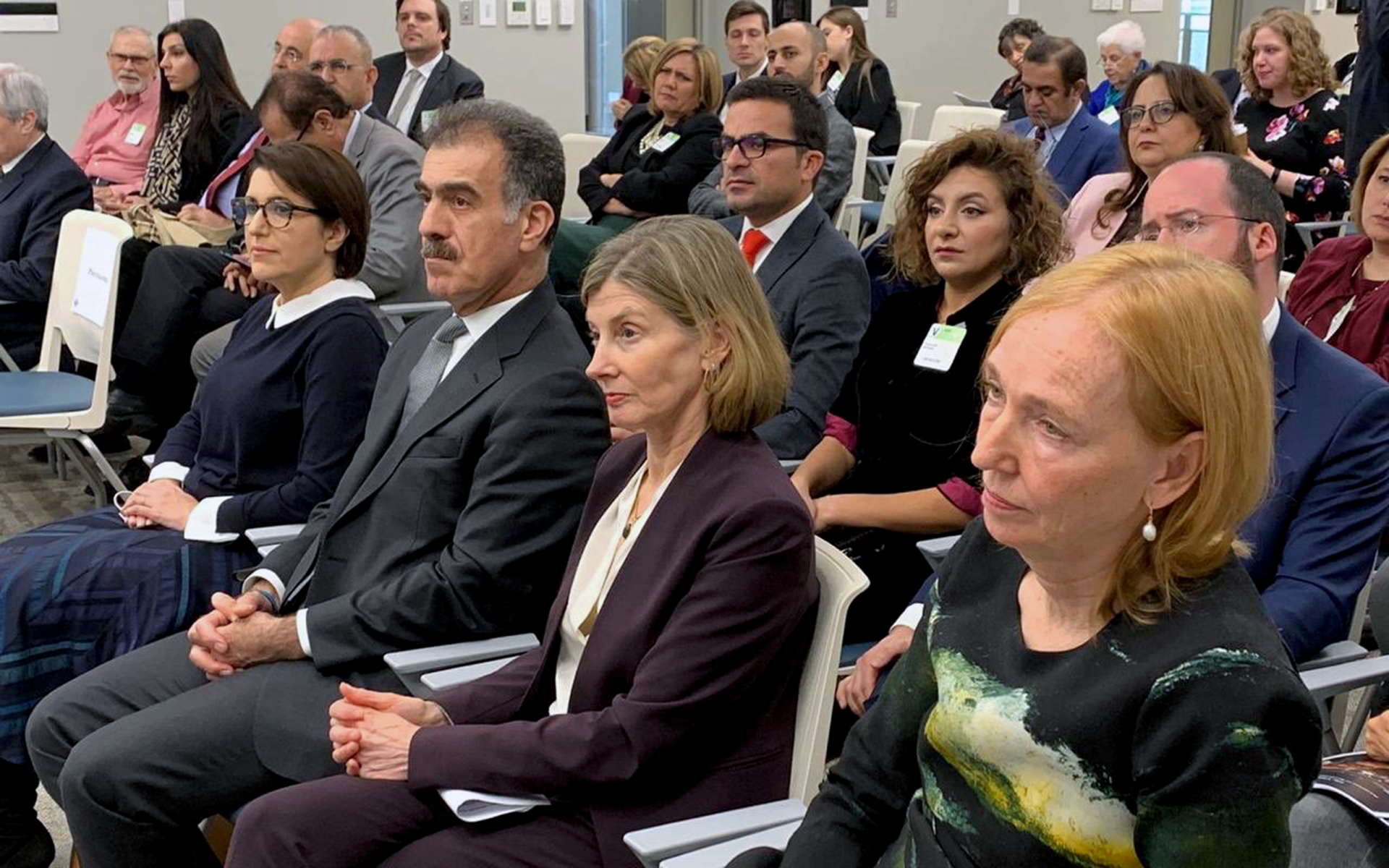 The packed event was co-hosted by the USIP, the Embassy of the Federal Republic of Germany, and the Kurdistan Regional Government (KRG) Representation to the United States. It was attended by members of the institute and the wider diplomatic community, including President of the USIP Nancy Lindborg, the KRG’s visiting Minister for Foreign Relations Safeen Dizayee, and Germany’s Ambassador to the United States, Emily Haber, who introduced the screening.

‘I cannot think of a more powerful way to tell the story of the [Yazidi’s plight] than by telling the story of what it meant to individual humans,’ said Dr Haber. ‘This film is a marvellous document of human resilience in the face of horror.’

One Family vs. ISIS tells the story of the Chattos, a family of refugees who were among the victims of the genocidal campaign by the radical Jihadist group ISIS (Daesh) against the Yazidi population in Sinjar in northern Iraq. Attendees were visibly moved by their powerful and emotional story, which personalises the experience of so many Yazidis in Iraq and Syria at the hands of ISIS.

Following the film, the Director of Middle East Programs at the USIP, Sarhang Hamasaeed, led a discussion with Fareed Yaseen, Iraq’s ambassador to the United States, as well as Bayan Sami Abdul Rahman, the KRG’s High Representative in the U.S., and the founder of the KMP, Gwynne Roberts.

‘This film shows the cost of conflict,’ said Hamasaeed. ‘In a single molecule we see a world of pain for each individual and for thousands of families.’

Bayan Sami Abdul Rahman emphasised the importance of raising awareness of the historical context of genocide in the Middle East, both in the United States and beyond, but also made plain the KRG’s concern about the 15,000 to 20,000 ISIS fighters who remain at large in Syria and Iraq. Many of them escaped imprisonment after American troops abandoned their positions in Syria in October 2019.

‘To us, their narrative is so crazy that we can’t understand how anyone would fall for it,’ she said. ‘But young people, vulnerable people, and angry people do. We can continue to fight ISIS militarily, but we must also consider how we create a counter-narrative that can absolutely defeat their ideology.’

Fareed Yaseen stressed that there could be no justice without official recognition of the crimes suffered by Yazidis, and also of the genocide suffered by the Kurds in the 1980s.

‘I hope and pray that we deal with the issue of justice with compassion for the victims, and with wisdom and intelligence so we can make sure that this never, ever happens again,’ he said.

Yaseen suggested a great deal of archival work would need to be conducted to document the experiences of the Yazidis in Iraq and Syria, and for the perpetrators of human rights atrocities to be brought to justice.

‘People often ask, well what can we do?’ he said. ‘Well, the first thing we must do is not forget what has happened. And that’s where I think the work of the KMP is so important.’

‘What we are seeking to do is to document Kurdish history for the world,’ said Gwynne Roberts, founder of the KMP. ‘Our project has been running for 12 years, and the films, data and historical multimedia we are producing will form a new national archive in Kurdistan.’

The suffering of the Chatto family and its aftermath was at times a difficult watch, yet many attendees of the Washington D.C. event left with deepened empathy for the plight of the Yazidis.

The President of the USIP Nancy Lindborg concluded that, ‘This film helps us to understand their stories and to redouble our conviction to work for a world where these tragedies don’t happen.’

People often ask, well what can we do? Well, the first thing we must do is not forget what has happened

Originally founded under the administration of President Ronald Reagan, the USIP is located in the Foggy Bottom neighbourhood of Washington, D.C. It currently employs around 300 personnel and has trained more than 65,000 professionals since its inception.