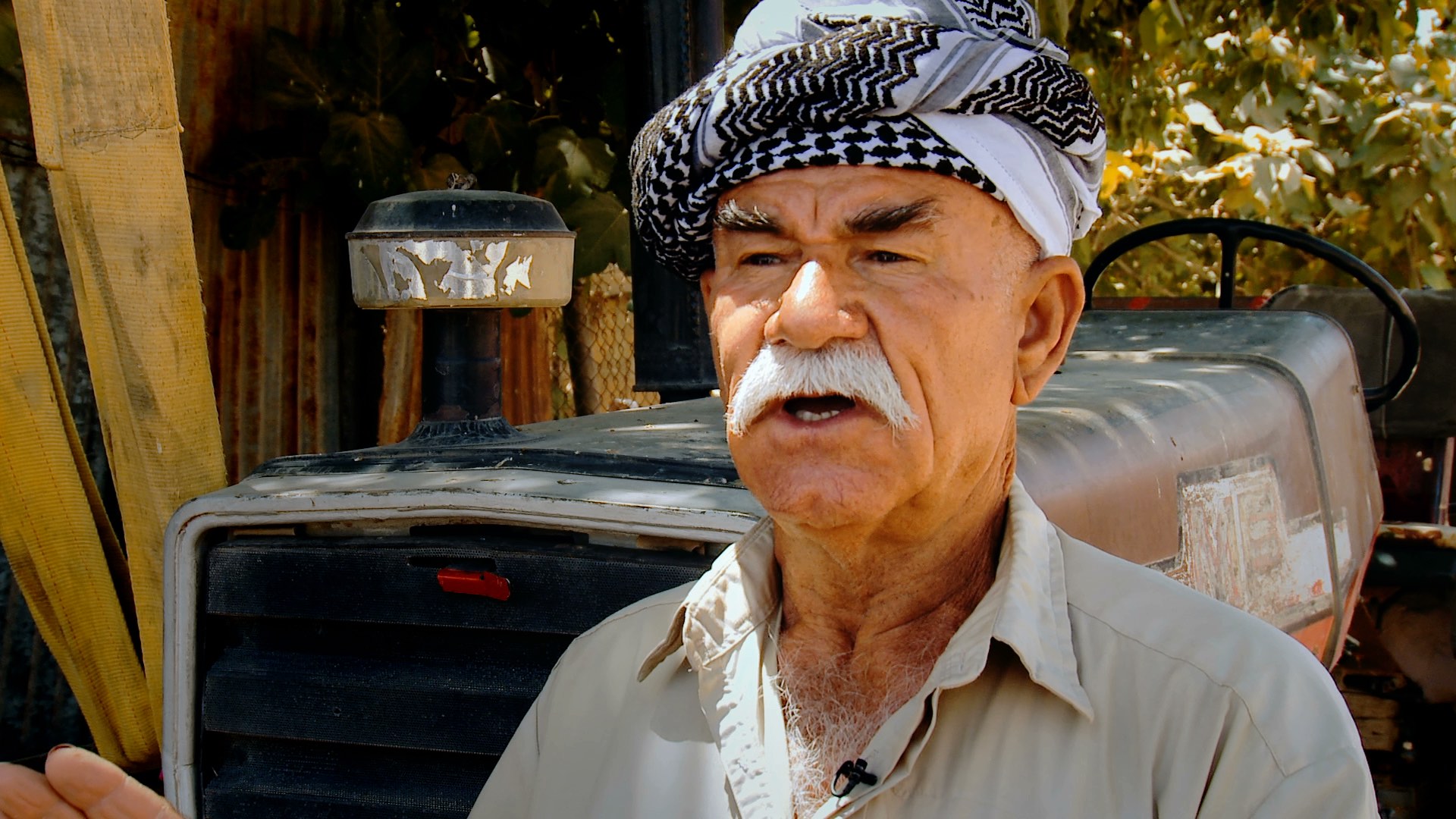 My father’s flock of sheep was taken. They even stole a baby goat

Tahsin Omar Beg, a Turkman, was born in Kutan village near Kirkuk in 1963. It was the year his family was driven from their farm and lost everything.

‘That year, when the Iraqi National Guard attacked our village, we lost all our farm animals and other family belongings,’ says Tahsin Omar.

‘My father’s flock of sheep was taken. They even stole a baby goat.’

All the families in Kutan fled the village as Arab militia, some wearing military uniforms and others tribal dress, looted houses, seized and then executed some of the inhabitants, according to Tahsin.

‘There were 47 to 50 families in our village, all with their own businesses,’ he says. ‘The majority had agricultural lands, cattle, a car and a tractor.’

Those who survived this initial attack fled for their lives leaving all their possessions behind in the village.

‘Everything was looted,’ says Tahsin. ‘We just escaped with our souls.’

Most went to stay with relatives in Kirkuk but, if they were found by the security forces they were immediately moved on to Erbil.

‘They told our people Kirkuk is not for us,’ says Tahsin. ‘It’s for other people.’

The Ba’ath regime in Baghdad gave lands in this area to Arab tribes from southern Iraq. This was part of its policy – instituted in 1963 – to ethnically cleanse areas in Kirkuk province of their Kurdish and Turkman populations and establish undisputed Arab control over these oil-rich territories.

After Saddam Hussein’s defeat in the 2003 Iraq war, Turkmans and Kurds returned home and tried to reclaim their farms. They submitted their title deeds to the Iraqi Property Claims Commission (IPPC) in Kirkuk but so far,according to Tahsin, these disputes over land have not been resolved.

‘Our lands have been given to the Arab Al Bedir tribe from the south. They told us we do not have the right to use our land because it was given to them,’ he says.

‘I tell them, “Islam forbids you to profit from this land,” and they say, “Let me tell you this: even if I’m killed like Saddam, I will not leave this land.”’

Kutan village in the Dibs region was attacked by the Iraqi National Guard in 1963. The government wanted to remove Kurdish and Turkman families and replace them with Arab settlers, so they could control this oil-rich region near Kirkuk.