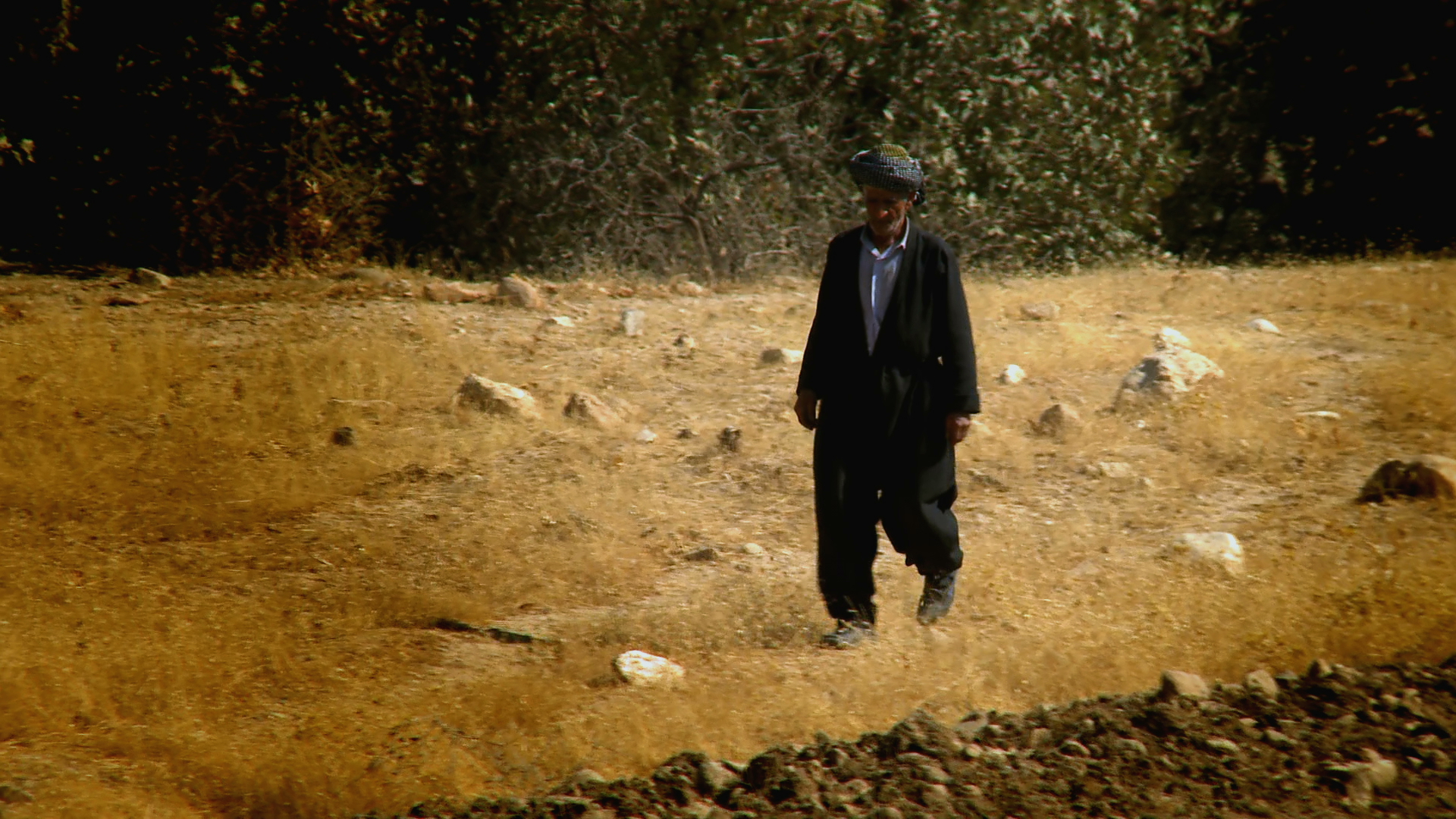 When Mahmoud Rasul Mustafa appeared as a witness at Saddam Hussein’s trial in Baghdad in 2006, he publicly admonished the former Iraqi dictator in the courtroom.

‘If you were truly the father of this nation as you claim, you would have acted in a fatherly way,’ he told him. ‘A father disciplines his children but consoles them later. Your actions were not fatherly. You betrayed your nation.’

Mahmoud’s words were based on bitter personal experience. During Anfal he lost his wife, three sons and two daughters, and in 1988 13 members of his brother’s family also disappeared.

Saddam just looked at the ground: he knew what I said was true

‘Saddam didn’t make a sound,’ says Mahmoud.’He just looked down at the ground. He knew what I said was true.’

Before Anfal, Mahmoud lived with his family in Aliawa, a village of 18 households in the Qaradagh region situated southwest of Sulaimaniya. It was an agricultural community which gave its full support to the Kurdish revolution: large numbers of peshmerga were hosted on a daily basis.

After the collapse of peace negotiations between the Patriotic Union of Kurdistan (PUK) and the Iraqi central government in 1985, peshmerga established a base there which attracted the unwelcome attention of the military.

‘The government began to arrest people and our entire area was bombed,’ says Mahmoud. ‘We dug bomb shelters and we hid there until the bombing ended.’

One of his sons died in a napalm attack by Iraqi jets.

In spite of the air raids, an economic blockade and constant harassment from Iraqi troops, the village lived a relatively prosperous existence until 1988. All that changed, however, on 22 March 1988, the day after Newroz (the Kurdish New Year) and the first day of spring.

That was when the Iraqi military launched its Second Anfal campaign against the Qaradagh region with a surprise poison gas attack against Sewsenan village.

Villagers from Aliawa rushed to their roofs. In the distance they saw columns of black smoke rising into the sky. Terrified, they took shelter in caves in the nearby Kopi mountains whilst some men ran towards Sewsenan.

The villagers of Aliawa fled west, chased by helicopter gunships and war planes

On their return they described the tragedy that had befallen their neighbours, and fell ill from the effects of the gas. The villagers waited until the morning and then evacuated the village.

There was mass panic. The villagers fled west towards the Garmiyan region across the Kopi mountains, while being chased by helicopter gunships and war planes. Many were without shoes, water and food, and some women gave birth on the way.

In Garmiyan itself, Kurdish mercenary soldiers moved from village to village trying to reassure people they would be safe if they surrendered to the army.

A trap was set for them at Milasura near Kurdistan’s border with Arab Iraq. With helicopters hovering overhead, tanks and army vehicles surrounded thousands of Kurdish villagers gathering there, and blocked all the escape routes. After a few days, they were moved on to a former Iraqi army camp at Topzawa.

Nine people from Aliawa alone were sent to the desert fortress at Nugra Salman, a prison near the Saudi border. One of them was confirmed to have died there, 88 women and children were transferred to the Dibs camp northwest of Kirkuk, and 41 disappeared and are believed to have been executed by Iraqi death squads.

Mahmoud last saw his children in Topzawa, when one of his daughters brought two packs of cigarettes to his cell. He never saw his wife again. He was grouped with the elderly and taken on a 20-hour journey to Nugra Salman.

Mahmoud last saw his children in Topzawa, when one of his daughters brought two packs of cigarettes to his cell

There he existed on a starvation diet of just two small pieces of dried bread and salty water which made the prisoners vomit.

‘Every night 10, 20 or 30 people died,’ says Mahmoud. He was tortured on two occasions and his ribs were broken.

‘It was just like doomsday,’ he says. ‘Everyone simply wept.’

Mahmoud was released in September 1988 but only allowed to return home to Aliawa three years later. Two of his sons survived Anfal.