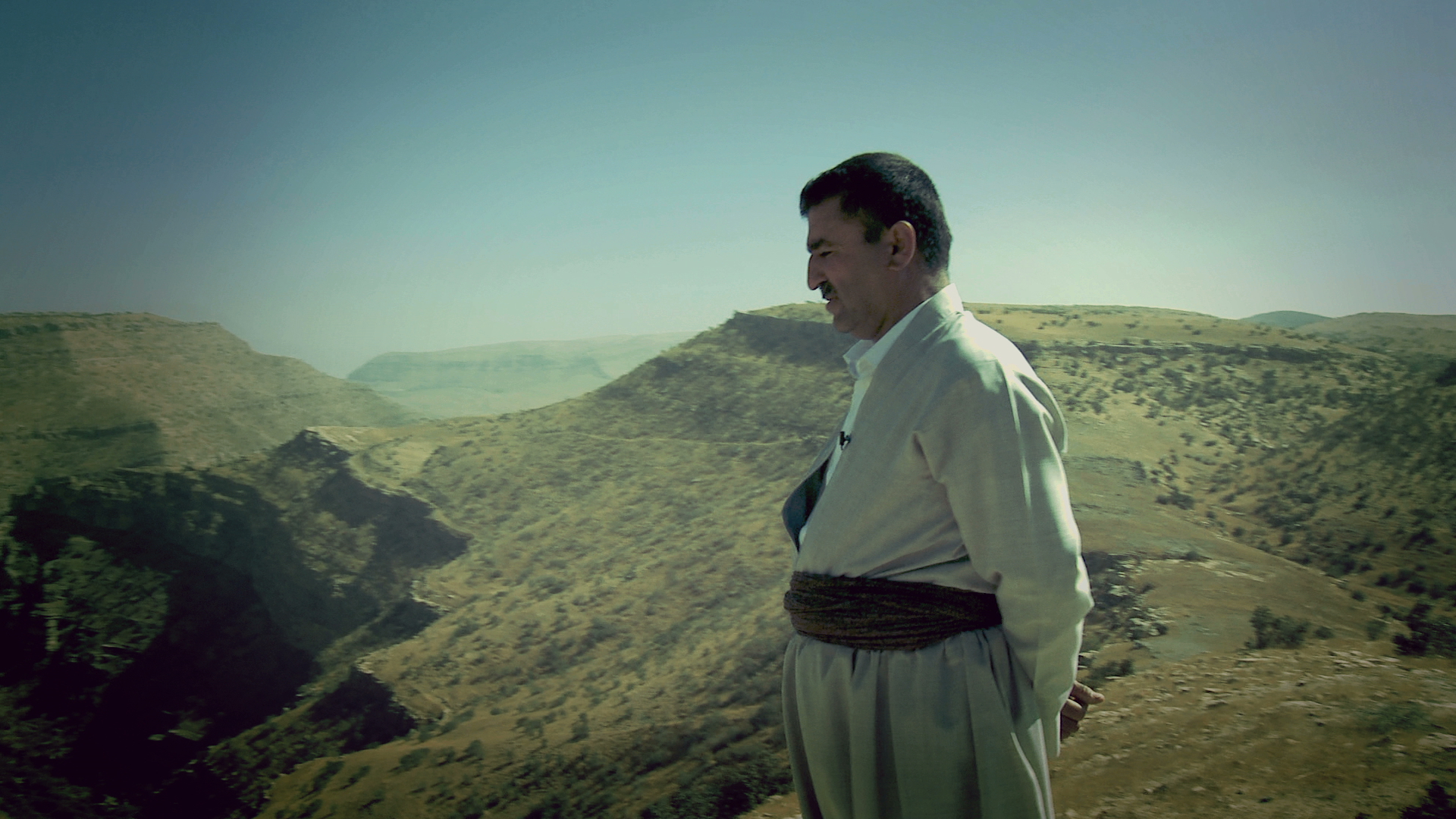 Wirya Askari hid with his family in a cave near the Lesser Zab river and washed the toxic residues of poison gas from his body using a bar of soap.

It was 3 May 1988 and they had just escaped the gas attack on their village, Askar, 50km northwest of Sulaimaniya. Several in their group had been blinded by the chemicals.

Iraqi soldiers supported by jash, Kurdish collaborators, swarmed across the mountains. They reached the rock face just below the cave where the families were hiding but Wirya pulled up the ladder they used to access their hide-out just in time.

He kept guard near the entrance with a gun, ready to shoot if any of the soldiers attempted to storm their hiding place. From the back of the cave, he heard his brother’s baby whimpering, and realised his brother was prepared to smother his own child to save the rest of the family.

People left their children behind because they were unable to care for them. Everyone just wanted to survive

’It was better she died than all of us,’ says Wirya.’It was a desperate situation.’ The whole group were in a state of shock after seeing their village destroyed by poison gas.

Nine people died immediately in the gas attack and hundreds were either blinded or burned by the toxic fumes.

‘People left their children behind because they were unable to care for them,’ says Wirya. ‘Everyone just wanted to survive. Those days were indescribable.’

Villagers tried to escape into the countryside but many were captured by Kurdish ‘jash’ units working with the Iraqi army who lay in wait outside the village.

Wirya Askari and his family fled cross-country past carcasses of dead cattle and other animals along the banks of the Lesser Zab river, holding hands to guide those whose eyes had been damaged by the gas.

Overhead, Iraqi helicopters circled and, through loudspeakers, villagers were told to surrender and accept Saddam as their leader. ‘Otherwise,’ they were warned, ‘we will bring back the chemicals.’

Iraqi helicopters circled with loudspeakers: villagers were told to surrender and accept Saddam as their leader or face chemical attack

They headed for the secluded riverside cave near Chemi Razan where they could rest and wash themselves. Once their hide-out had been discovered, however, they concealed themselves in a nearby wood where they lived a hand-to-mouth existence but could move about freely at night.

Wirya and his relatives hid themselves until the Iraqi troops withdrew to their base 12 days later. When the Iraqi regime announced a pardon in the autumn of 1988, Wirya refused to return to Askar until after the Kurdish uprising in 1991.

Wirya has five children – four sons and a daughter.

Askar was a peshmerga stronghold in the Lesser Zab Valley. In 1988 the village was attacked with chemical weapons by Iraqi government forces.